Written by Paul H. Schneiter, Rise, with Healing in Our Wings uses thirty-three stories and twenty poems from the author’s life to showcase the challenge of living morally in a world where faithlessness is rampant. Due to its non-preachy approach and grounding in the real world, the book is resonating with readers everywhere.

Provo, UT -- (SBWIRE) -- 08/14/2013 -- While author Paul H. Schneiter has embraced his Mormon faith since childhood, he admits that at times it hasn’t been easy. Confronted with an abundance of situations that test his moral and religious integrity, Schneiter’s unwavering faith has allowed him to rise taller and stronger from a myriad of struggles.

Wanting to share his stories with others and inspire a new generation to follow the teachings of Jesus Christ, the author’s life and experiences have been compiled into a compelling new book – Rise, with Healing in Our Wings: Extraordinary Stories from the Life of an Ordinary Mormon with 20 Poems.

"These stories absolutely must be published." I heard that statement and variations of it for years from many friends and acquaintances who had read my stories in our ward's newsletter. Additional statements of support came from friends and business associates outside of my ward [no asterisk] to whom I had given copies of the stories. (A typical Mormon ward consists of a congregation of about 500 members.) Although I knew the stories had merit, I wondered if they would be marketable as a book. After months of study, I concluded that they could, indeed, serve as a book, not only for Latter-day Saints, but for people of many faiths. [Delete the previously asterisked sentence.] I based that conclusion on the following: 1) LDS (Mormons) eagerly embrace information that reinforces their faith, especially if it comes from writers they perceive as every-day LDS whose life experiences may closely parallel their own.

2) Mitt Romney's candidacy generated nationwide/worldwide interest in Mormons and their faith. 3) The success of Deseret Book Company alone, with retail outlets in multiple states, offers clear evidence of the Saints' appetite for literature that is faith-promoting. The 33 stories and 20 poems in Extraordinary Stories from an Ordinary Mormon Life are based on my real-life experiences as a life-long Mormon. Those experiences cry out to be told.

They are revelatory of how Church teachings mold the lives and mores of members beginning at age three.

Among the subjects covered are faith, prayer, love, motherhood, reverence for life, forgiveness, honesty, the Word of Wisdom (a health commandment), and personal integrity. Although the subjects are time-worn, I write them in a fresh, alliterative, image-rich prose style that describes down-to-earth situations that confront all LDS as they endeavor to live the principles of their demanding faith. The stories are revealing, candid, captivating, inspirational, and on occasion, humorous.

As the author explains, his book has immediate value to a changing global society.

“It directly addresses the challenges that all of us face in living a moral life, particularly in an age when faithlessness is rampant. People worldwide need to read these stories, regardless of their religious beliefs. In so doing, they will see that living morally has powerful rewards, even if one does not believe in an afterlife or a Supreme Being,” says Schneiter.

Continuing, “The stories also demonstrate the utility and value of starting to train children spiritually at an early age. If there was ever a need to live the Ten Commandments, the time is now. Even a passing glance at today's newspaper headlines makes that clear.”

Since its release, the book has garnered a consistent string of rave reviews. For example, one reader commented, “Reading these vignettes changed my life. They appear to be the product of a well-examined life and seem to have produced an angelic soul.”

J. Driggs was equally as impressed, adding, “Overall, the lessons he has learned and that he shares with readers--never preachy, never judgmental--help us view our own lives with equanimity, with humor, and with a greater appreciation for the world and the people around us.”

Rise, with Healing in Our Wings: Extraordinary Stories from the Life of an Ordinary Mormon with 20 Poems is available now: http://www.amazon.com/ Go to “Books,” then enter the book’s title into the space provided.

The book is also available on the Barnes and Noble site: http://www.barnesandnoble.com/

About the Author
I met my wife in kindergarten, but we didn't marry right away (no need for me to have said that, huh?). I have made my living as a "house" writer, first for Uncle Sam (editor of the 3rd Infantry Division's "Marne Rock" in Germany). . .second as a writer of fund-raising materials for Brigham Young University. . . and third as executive director of the Central Utah Health Care Foundation (raised funds for three Intermountain Health Care hospitals in Utah County).

I have conducted an extensive freelance practice for 30 years (even stooping to write for politicians). I have done graduate-level work in communications at the University of Utah. My wife and I have seven children, all of whom are college educated, and all of whom are a lot smarter than their father. 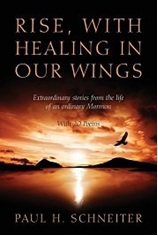