The FBI Would Benefit from Hitachi Technology

he FBI roll-out of a $1 billion biometric program means that the FBI needs breakthrough technology to get the job done. For face recognition, the FBI’s program will certainly benefit from an entirely new system from Hitachi, says SDB Partners LLC –a top technology development group working with Hitachi (http://www.sdb-partners.com)

Washington, DC -- (SBWIRE) -- 09/11/2012 -- The FBI roll-out of a $1 billion biometric program means that the FBI needs breakthrough technology to get the job done. For face recognition, the FBI’s program will certainly benefit from an entirely new system from Hitachi, says SDB Partners LLC –a top technology development group working with Hitachi (http://www.sdb-partners.com)

Called by the FBI the Next Generation Identification (NGI) system, it is planned as a nationwide database of mug-shots, iris scans, DNA records, voice samples, and other biometrics.

There have been big problems in the face recognition space.  Face recognition requires good quality images of suspects, but most surveillance cameras in use today are decidedly “last” generation and the image quality leaves much to be desired.  Typical face recognition algorithms, rather like fingerprints, rely on facial metrics.  If the image, or fingerprint scan, are unable to report these metrics, the system won’t work.

A further problem with face recognition is that it often reports lots of false positives and false negatives. While it is possible, through analytics, to narrow down the list of suspects, this adds a time delay and requires a lot of human judgement.

There is also the fact that searching through various image databases, including video, is very time consuming.  As we learned when the British metro and bus system was attacked by terrorists, the video data took days, sometimes weeks, before it was possible to link faces to suspects.

Hitachi Kokusai, a division of the huge Japanese group, Hitachi, has for the past ten years been working on a face recognition system that is capable of charging through tons of photo and video data and returning results in near real time.  To give an idea, in Japan Hitachi has been able to search over 36 million face records in less than 0.5 seconds.

This achievement is possible because of ways Hitachi has learned to optimize data storage and data characterization, and because their face scanning system deploys entirely new algorithms that are effective, even with reasonably low quality images.

The technique is called “clustering” and the idea is to link common characteristics in the database so that when these characteristics are recognized the search engine goes there first.  Hitachi adds to this a technology called “edge pattern characteristics” which is another complimentary means of accelerating searching and returning accurate results.

The fact that Hitachi can take images from live video and also search stored video adds great power to the system.

Hitachi is also the manufacturer to world-class video cameras and has in-depth knowledge of how to exploit video data. Recent Hitachi developments for video include cameras that can remove fog, smog and rain from images making these technologies extremely attractive for outdoor use.

SDB Partners (http://www.sdb-partners.com) is working directly with Hitachi on its face recognition technology. SDB Partners is hosting a Government-Industry Day on September 12th in Alexandria, Virginia.  An invitation can be found on YouTube at http://www.youtube.com/watch?v=854Vfz8BUx0&feature=plcp 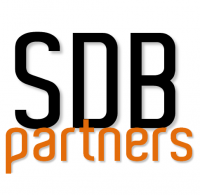 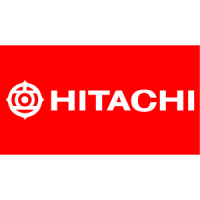