Los Angeles, CA -- (SBWIRE) -- 03/26/2013 -- Recently, Kim Kardashian tweeted a photo of her blood-stained face, claiming that she had just undergone a “vampire facelift.” The New York Daily News, which ran a story on the gruesome photo, said that Kardashian had paid $1,500 for the treatment, which allegedly makes the skin look younger and firmer. The reason Kardashian had so much blood on her face, the article explained, is that her treatment included a Dermapen, which uses multiple small needles that puncture the skin during the course of the procedure.

Dr. Michael Sullivan, M.D., a facial plastic surgeon who practices at Sullivan Centre in Columbus, Ohio, saw the graphic photo of Kardashian. In response, he has posted a video and an article on his website that help explain exactly what a vampire facelift is. As Dr. Sullivan noted, it is not a procedure that he recommends to his patients.

Dr. Sullivan, who has performed facial plastic surgery for over 30 years, said that a vampire facelift is a relatively new procedure that involves drawing blood from the patient’s arm and placing into a centrifuge to remove the plasma. This platelet-rich plasma is then combined with a hyaluronic acid filler like Juvederm Columbus, Ohio or Restylane Columbus, Ohio, which is then injected into the face. In many ways, the facelift Columbus Ohio physician said, the vampire facelift is similar to soft tissue fillers.

Even though platelet-rich plasma is supposed to contain growth factors and other substances that are needed for the body to function, the facial rejuvenation Columbus Ohio physician noted that there is no proof that injecting it into the face does anything other than fill up a space.

“In fact, what I think is that probably the combination of the hyaluronic acid is what’s also giving the enhancement of the lines and the wrinkles when injected underneath the skin,” Dr. Sullivan said.

Despite the fact that a well-known person like Kim Kardashian has decided to give this procedure a try, Dr. Sullivan said that he prefers to take a more conservative and proven approach with his patients.

“My philosophy with regards to facial plastic surgery is I’m not going to offer anything to my patients that I don’t know has been scientifically tested, and if the proponents of vampire facelifts are so convinced of these amazing results then don’t you think that the science would have proven that out, and unfortunately there’s been no science done on it.”

About Sullivan Centre
Sullivan Centre is a leading plastic surgery environment for plastic and reconstructive surgery in the Columbus Ohio region. Dr. Michael Sullivan M.D. and Dr. Christine Sullivan are a husband and wife team. Both Board Certified by the American Board of Facial Plastic and Reconstructive Surgery, Dr. Michael Sullivan specializes in head and neck surgery, as well as injectables. Dr. Christine Sullivan is board certified in Plastic Surgery; she performs breast surgery including breast augmentation and body procedures such as liposuction and abdominoplasty surgery. She is one of the few female plastic surgeons in Columbus. For more information, please visit http://www.sullivancentre.com/facial-procedures/vampire-facelift-columbus-ohio 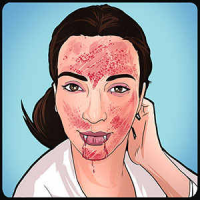