Leeds, UK -- (SBWIRE) -- 07/16/2019 -- It is very critical to control blood flow while conducting any type of surgery. Tissue sealing and hemostasis are some of the devices used to control the blood flow in such cases. Fibrin, a combination of thrombin, which is an enzyme and fibrinogen, which is a protein. It is the only FDA-approved and commercially available material that is used for clinical procedures as a sealant, hemostat and adhesive. The U.S approved the usage of fibrin in 1998 which made it a first modern hemostatic agent to be used in the country. Not only in the U.S, fibrin sealants are also being adopted worldwide. The application of Fibrin sealant can be undertaken in two ways, either in a liquid form or as a patch. However, it is cumbersome to use liquid fibrin as it presents a challenge during its preparatory steps of mixing, thawing, etc. Thus, it is far more convenient to use patches as a hemostatic agent. Some of the widely used hemostatic products based on fibrin sealant present in the market are Tisseel and TachoSil of Baxter Healthcare, Vitagel and of Orthvita Inc. and Johnson and Johnson' Evicel and Evarrest. Considering the rapid growth in the patient pool suffering from various chronic diseases across the world, the number of surgical procedures is likely to increase which will propel the fibrin sealant market in the future. But there is anxiety among the market players due to the strict and inconsistent regulatory policies across the globe. Such policies result in a restraint on the fibrin sealants market. A large number of pending needs of the population that is undiagnosed is likely to help push forward the fibrin sealants market. Some of the drivers of the fibrin sealants market are a vast number of patients suffering from blood-related problems like haemophilia, an increase in the number of people requiring geriatrics expertise, increase in the number of surgical procedures and trauma cases, and product portfolio expansion.

Insights On the Global Fibrin Sealant Market:
By region
- North America
- Europe
- Asia Pacific
- Latin America
- Middle East and Africa
Due to a higher number of surgeries carried out in the North American and Europe region, they are expected to lead in the global fibrin sealant market. According to the released data from the Centres for Disease Control and Prevention (CDC), 1 in every 5000 male births are identified with haemophilia. Another blood disorder which occurs commonly and affects 1% of the entire U.S population is Von Wilebrand Disease (VWD). The Asia Pacific region is expected to see a rise in the fibrin sealants market during the forecast period and countries like India and China are going to play a major role in the market growth of the region.
By Type of Product
- Liquid form
- Patch
As the liquid form has some disadvantages related to its preparation, its utilization in the surgical procedures is also hampered which in turn affects market growth for this segment. On the other hand, patches are more convenient to use and thus it is adopted worldwide which results in good market growth.
By End User
- Hospitals
- Speciality clinics
- Ambulatory surgical centres
The hospital segment is expected to possess a larger share of the fibrin sealant market as compared to speciality clinics and ambulatory surgical centres.

Purchase a Copy of this Premium Research Report At: https://www.futurewiseresearch.com/pressrelease/Global-Fibrin-Sealants/113

Competitive Landscape:
- Baxter International
- CSL Behring
- Johnson & Johnson Services, Inc.
Baxter International's Tisseel has been used in Europe for more than 25 years and over 9.5 million surgical procedures like cardiac surgery, colon anastomosis surgery and splenic trauma and is thus expected to be used more in the forecast period. Johnson and Johnson's Evicel is a U.S FDA-approved hemostatic agent that is used in liver surgery. Another J&J product, Evarrest, which was approved by FDA in December 2012, is also been used widely during surgery and is expected to show a rise of usage in the forecast period.
FutureWise Key Takeaways:
- Growth prospects
- SWOT analysis
- Key trends
- Key data-points affecting market growth
Objectives of the Study:
- To provide with an exhaustive analysis on the global fibrin sealants market by region, by type of product, by end user, by market players
- To cater comprehensive information on factors impacting market growth (drivers, restraints, opportunities, and industry-specific restraints)
- To evaluate and forecast micro-markets and the overall market
- To predict the market size, in key regions (along with countries)—North America, Europe, Asia Pacific, Latin America, and the Middle East & Africa
- To record evaluate and competitive landscape mapping- product launches, technological advancements, mergers and expansions
- Profiling of companies to evaluate their market shares, strategies, financials and core competencies

Inquire further details about this report at: sales@futurewiseresearch.com

About FutureWise Research:
We specialise in high-growth niche markets, assuring flexibility, agility and customised solutions for our clients. Through in-depth market insights and consultancy, we present our clients with the tools they need to be at the forefront of their industry – a position secured for far more than the near future. 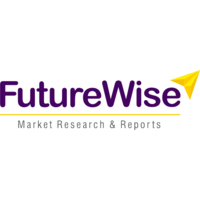