Filmmaker Kaptain Dee Looks to Raise $4,400 via Indiegogo for the Making of His Upcoming Short Film 'In Love with a Stranger'

This is the story of a middle class family girl who wants to live with her dream.

Dhaka, Bangladesh -- (SBWIRE) -- 05/06/2014 -- This filmmaking project is from the beautiful Bangladesh. In a developing country like Bangladesh, film making is an art only for art’s sake. In fact, the team behind ‘In Love With A Stranger’ is very much enthusiastic about their project. They are appealing for support to secure their dream. They have already put together an absolutely awesome cast and crew to assist them in telling this story. Now they need funds to make it happen.

The script has been written. The cast for the short film is set. Locations have been found. The team has even pursued industry’s extremely talented art director - Jahir Uddin Zoomon, director of photography – Zayed Hossain, and composer - Rashel Kabir to get the best output from the production.

The largest part of the funding budget will be going to cast, crew and equipment. Misc production expenses will cover the festivals, rewards, premier and other risk factors. Film making always has its setbacks. Every dollar over and above the goal will help with better set design, better costuming, better makeup, better craft service, and an all-around better, superior product.

Kaptain Dee plans on submitting to a bunch of different film festivals hopefully to gain much needed exposure. This team doesn't expect any monetary gain from this project; the only expect to gain experience, connections, and maybe a shiny trophy if they're lucky enough. 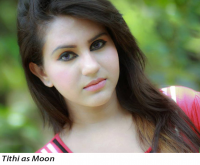 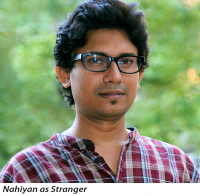