Filmmaker Seeks Kickstarter Funding for "Studio in the Sky", A Documentary Exploring the Premonitions of a 9/11 Artist

The first documentary dedicated to an artist killed on 9/11 in a Twin Towers art studio, will examine his startlingly prophetic artworks.

Los Angeles, CA -- (SBWIRE) -- 07/15/2014 -- Los Angeles filmmaker, Tom Muschamp, today announced the first feature documentary to explore the enigmatic life of New York-based artist, Michael Richards. Richards, a promising sculptor based out of an art studio in the World Trade Center, produced a series of aviation-themed sculptures in the months leading up to September 11th 2001. One of these depicted the artist himself standing upright while miniature planes pierced his body. Others showed pilots falling from the sky into debris. Richards died on 9/11 when AA Flight 11 struck the North Tower, one floor above his studio. To date, his remarkable story remains untold - something the filmmaker wishes to change.

As the first documentary granted full access to the artist's remarkable sculptures, Studio In The Sky will explore their intended meanings as well as the sources of inspiration. Of particular interest is the sculpture Richards was creating in the early hours of September 11th 2001. Called, “Fallen Angel”, it is said to depict the artist as an angel with wings, one broken.

Attached to the documentary is British cinematographer Neil Oseman and Emmy-winning editor Evan Finn, most recently known for his additional editing on Robert Zemeckis' Flight.

Studio In The Sky will only be made if at least $65,000 is pledged on the crowdfunding website Kickstarter by Monday, August 11th 2014.

About Tom Muschamp
Born in Reading, England, Tom Muschamp relocated to the US in 2004. Tom has worked on a wide range of projects including the the New York-based feature film, Beyond Recognition, which he wrote and directed and the documentary Friendly Fire which he edited and unit directed. Friendly Fire won the Director's Choice Award at The Bluegrass Independent Film Festival, Best Documentary at the Santa Clarita Valley Film Festival and Best Documentary Feature at the Wine Country Film Festival. Tom has also worked on a number of major US television shows including ABC's Dancing With The Stars as an editor. Currently, Tom is in post-production on his second feature film as a writer-director, See Saw. It is due for release later this year. 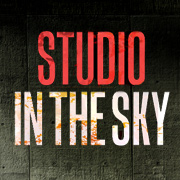 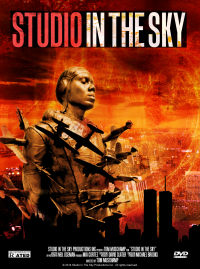 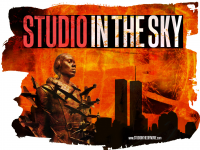