Wake Forest residents were furious that they were not informed about the water contamination and that they only found out six years after their families including their children had already consumed numerous tons of this toxic water.

Drinking contaminated water poses havoc especially to those people who has a weak immune system. There are numerous microorganisms that are present in drinking water that may cause harm to children even adults. This is the reason why drinking water needs to be cleaned and filtered before intake.

In April last year, residents from Wake Forest North Carolina were alarmed when they were informed that they have been drinking contaminated water for years. It was reported that the state of North Carolina found out that residents in the Wake Forest community had been drinking water with contaminated chemicals for the last six years. According to the US Environmental Protection Agency, the water that is being consumed by the families in Wake Forest is contaminated with a cancer-causing chemical known as TCE or trichloroethylene. The contaminated water are harmful that it cannot even pass the safety standard for water used in bathing. According to the head of North Carolina State University’s Department of Environmental and Molecular Toxicology, TCE is a harmful chemical which is used in the cleaning industry to remove grease. It is a cheap chemical but is very toxic even in small amounts.

Wake Forest residents were furious that they were not informed about the water contamination and that they only found out six years after their families including their children had already consumed numerous tons of this toxic water. It could never have been a problem if they have installed home water filter system years ago when their acquired their homes in the area which was slated for numerous expansions since there are a lot of other residential areas being invested on the site.

Within days after the information leaked, the US Environmental and Protection Agency set up a command post in the area and placed safe water on each resident’s doorsteps regularly. The agency also installed numerous h ome water filter system especially in those homes with contamination level which are above the EPA’s safety standards.

This could not have happened if constant monitoring was done on the water in the area. It is also always best to be vigilant in protecting the water used in homes to make sure that children even adults are protected from diseases caused by drinking contaminated water.

About Filter Pure
Filterpurehome.com is the best way to provide cleaner water for your entire family, at every tap in your home. Our whole house carbon filters use all natural granulated activated carbon from natural coconut shells. Filter Pure provides the best filtering media for better quality of water. 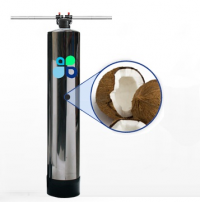 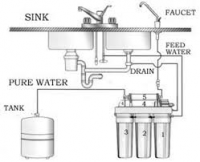 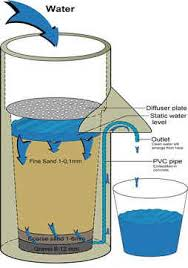