John Enright is the leading financial planning industry process expert for teaching how to work less, make more and have greater client impact. Enright has organized an exciting break-through event for financial planners who want to offer best of breed financial planning processes that not only can reliably improve the client experience, but also will help planners earn greater income. The hosted event is titled, “7 Figure Advisor™ University” to be held in Charlotte, North Carolina on November 2-4, 2012.

Syracuse, NY -- (SBWIRE) -- 10/08/2012 -- Wealth holders and their advisors are facing some of the most challenging economic times in their lifetime. The Chinese word for “Crises” consists of the combination of two ideas; one being danger, and the other is opportunity. John Enright is an experienced top financial planner that believes that there are silver linings within the clouds of economic chaos, danger and opportunity. Not only are wealth opportunities created within economic growth models, but also invariably through the process of creative destruction that occurs within all business cycles. Nevertheless, whatever economic conditions the planner, along with his or her client encounters, the planning process in itself should not change. John Enright has discovered that if planners would simply use a series of consistent and reliable systems and processes, they would not only provide a better experience for their clients, but also save considerable amounts of time by not re-inventing the wheel with each new client. With greater timesaving, the planner can generate more income and/or reduce the number of hours they work each week.

Don Preston, Private Wealth Advisor and former Managing Director at Lincoln Financial Advisors said, "I have personally seen John Enright grow his practice from a mere $200,000 to well over $1,000,000 in just a handful of years. During that time I watched him evolve from a harried salesperson to a professional business owner. There is no doubt that that the unique process he has developed has strongly influenced his success. This is a process that any advisor, given the opportunity to adopt themselves, should run with!"

Bruce Charleton a CFP from Rochester, NY says, “I choose to use John’s system because it’s scalable, repeatable, and it’s in my opinion in the best interest of the clients. It’s going to allow me to do a thorough job. It’s going to allow me not to miss anything because of the checklist provisions and if you want to make sure you do it right the first time, I think this is the way to do it.”

What type of financial planner should attend the “7 Figure Advisor? University”? The University is recommended for serious advisors only, and a typical attendee usually has 5+ years in practice, minimum $100,000/year income, most are over $200K and a large percentage over $500K per year. The program is highly beneficial to advisors who are often very frustrated with the processes they are currently using, and as a result will benefit greatly.

There are several notable guest speakers that attendees can learn from too who include: James Malinchak “The World’s #1 Big Money Speaker Trainer™”, who is featured on ABC’s Hit TV Show, “Secret Millionaire”; John Formica, an ex-Disney executive and America’s “Best and Favorite Customer Experience Coach”, and author of "Making The Customer Experience Magical Now!".

John Enright is offering a bonus for the first 25 people who register for the “7 Figure Advisor™ University”, a complete copy of his “Introductory Process, and Systems Boot Camp”, which will serve as a primer to the program, and is worth nearly $300. The “7 Figure Advisor™ University” will be held in Charlotte, NC on November 2-4, 2012. It is recommended that prospective attendees enroll immediately before the event is sold out.

To learn more about the “7 Figure Advisor™ University”, please click on this link now: http://www.7figureadvisor.com/

About John Enright
John Enright is “America’s #1 Financial Planning Process Trainer!” In the world of financial planning process John Enright is the leader and top industry process expert for teaching others how to work less, make more and have a greater client impact then ever before, and why experienced advisors and planners seek John out for his training and advice.

Mr. Enright practices a fee-based advisory approach by providing estate, retirement, investment, and business owner planning strategies for affluent and high net worth clients across 16 states. He currently maintains offices in Syracuse, New York and Vienna, Virginia. John has consistently achieved Chairman’s Council honors. This achievement is the highest that can be reached by a Financial Planner affiliated with Lincoln Financial Advisors nationally, and is a reflection of John’s dedication to his successful clientele.

Mr. Enright Graduated from Hobart College in 1995, transitioned to a fee-based advisory approach in 2002, and serves affluent and high net worth clients across 22 states. He maintains offices in Syracuse, New York and Vienna, Virginia. Enright has been profiled in various publications including; July 2004 cover page profile in The Wall Street Journal, named to the Four Under Forty of Advisor Today Magazine in June, 2006, and September/October, 2010 issue of Round Table Magazine. When not working, John enjoys; golfing, boating or traveling with his wife Kristin and their two sons, Andrew and Cooper and daughter Paige. 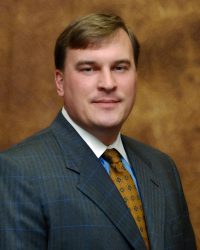