In her gripping and raw new novel, Davies uniquely fuses an edge-of-the-seat love story with real-life issues that will provoke thought in even the hardiest of readers. By dragging up the demons of the protagonists’ pasts, ‘Finding Home’ will strike a particular chord with victims of abuse and others who’ve endured adversity.

Litchfield, NH -- (SBWIRE) -- 09/23/2013 -- While millions have been told to ‘never give up’, a compelling new novel by Abbey K. Davies helps readers from all walks of life understand that life’s possibilities are abundantly great. Even more importantly, it inspires victims of abuse to seek out the hope and acceptance that will bring them true solace.

‘Finding Home’ comes with a bold warning – expect explicit acts, the breaking of your heart and a scrambling literary journey to put it back together before the last page is turned.

Can Felicia Westfield escape her past? Will her search for justice get her killed?

Felicia Westfield is no stranger to the physical and mental scars of abuse. After surviving her abusive father and a violent ex-boyfriend, Felicia makes it her mission to save other children and becomes a Social Worker. The last three years have turned her numb; making her personal life non-existent. Until she sees him…Jake Brown. With Jake, she finds trust, intimacy, love, and something she wanted more than she remembered – home.

Jake Brown, an ex-cop turned Social Services investigator has scars of his own, but when he discovers Felicia, the wounds start to heal. Thrown together on a case involving sexual and child abuse, Felicia and Jake are out for Justice. Justice for the kids and themselves. When they ask one too many questions, and when her past reappears like an angry ghost, Felicia’s life is in danger. And the home they found with each other is in jeopardy.

As the author explains, her book’s power to shake readers’ emotions was wholly intentional.

“I wanted to write something that would really stab the heart and make a difference to the lives of those reading it. Anyone who has put up with the turmoil of abuse will see hope and acceptance in a whole new light, while realizing possibilities they’d never before imagined,” says Davies.

Continuing, “It sucks readers in, bowls them through endless twists and spits them back out in a meld of fear, pain, loss, joy, sex and suspense. They’ll only need the edge of their seat.”

Since its release, the book has attracted a string of rave reviews.

“If you're in for a wonderful ride of life, this book is what you need! You'll find yourself attached not only to the story but also to the characters. What I loved about this book is that it has lessons and values in life that will help you cope and learn to move on if you are suffering abuses that's inflicted by others and to find love,” says Myra Espino, reviewing the book on Amazon.

Kim S. was equally as impressed, adding, “To the Author I have to say thanks for writing this book. Even though there were times of tears, a couple of parts made me sick to my stomach but the justice made it well worth it. I just want people to know that justice isn't always served.... I give this book 5 stars...”

About Abbey K Davies
Abbey K Davies, is her penname. She grew up in New Hampshire and is married and has two children. She has always had a vivid imagination and a heart that is filled with love and passion. She began writing in 2005 but in the self help genre, in 2012 she decided to give fiction a try, with her passion and her ability to always tell a great story, it was time for her to move into a new genre. Even in her fiction writing you will always get something out of it, something that can impact your life, she strives to grab the reader and bring emotions and feelings out, she wants all her readers to feel connected to the characters and walk away with something good from all her writing. Her recent fiction writing contains sexual intimacy, suspense, emotions and love, she will leave you yearning for more in all her writings. 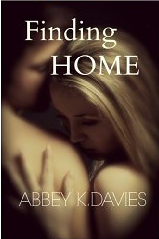