Unlike any other self-help book ever written, James Christopher Darling’s ‘Flaming Honesty’ covers everything from careers and fashion to sex and plastic surgery. Intended for those who don’t take life too seriously, the book is set to resonate with satire fans around the world.

Montclair, NJ -- (SBWIRE) -- 02/27/2013 -- Let’s face it, when it comes to leading a better life, who should we really listen to? While James Christopher Darling admits to being no Tony Robinson, his quirky personality and collection of less-than-ordinary life experiences could be just the ticket millions are searching for.

In his satirical and witty new book, ‘Flaming Honesty’, Darling shares his comical wisdom in the hope it will help others enjoy life in a less-than-serious new light.

If you’re stranded in a wasteland of unattractive men and rarely sober women (like New Jersey), where do you go to seek advice? Sure, there’s always therapy and the occasional Oprah rerun, but do they ever really get to the core of the problem? Well, yes, pretty often—but James Christopher Darling offers you something slightly more entertaining, not to mention far more attractive. (I mean, have you seen him yet? He’s on the cover; they don’t just hand that spot out to anyone!).

Whether you’re having trouble in your love life, with your wardrobe, or even making a final decision on that nose job, Darling is here with the answer in this collection of painfully funny realities that, by the grace of God, somehow turned into a book. Where others might sugarcoat advice, James Christopher Darling will offer you the flaming truth!

As the author explains, his book takes a logical, if unconventional, approach to self-help.

“After explaining the uproarious life event that caused me to write this book, I take readers on a ten-chapter guide to being a better person; at least by my standards anyway, which aren’t too high!” says Darling, who is attracting much attention due to his unique narrative.

Critics praise Darling for his approach, which earns him an exclusive position in the marketplace with little competition. However, while comical, Darling reminds everyone that his book contains very serious elements.

“I like to think it gives readers and the world a much-needed reality check. If people need cheering up then this is the book for them. While laced with subtle and sarcastic humor, I really did write the book with the intention of changing lives,” he adds.

With the title’s popularity expected to increase, interested readers are urged to purchase their copy of the book as soon as possible.

About the Author: James Christopher Darling
James Christopher Darling was born in New Jersey among suburbanites. Darling, much like the characters of Boardwalk Empire, has spent his privileged life amidst the Atlantic City high society. One would most likely find him dining at the Palm sitting near, but never speaking to, Whoopie Goldberg. Darling is a sparkling personality in his own right, and strives to change his readers for the better. 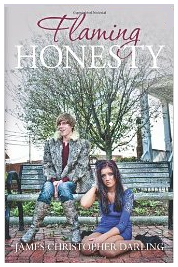