Jonah The Scientist sources the best DIY science projects, gifts, and educational posters from around the world and presents them at his website dedicated to uplifting man by spreading factual information and teaching the scientific method.

Cleveland, OH -- (SBWIRE) -- 02/06/2020 -- A penguin in a white smock dubbed "Jonah The Scientist", usually surrounded by teaching aids like plastic dinosaurs and models of the solar system,, is not the only scientist to debate with Flat Earth Society members. He is, however, one of the most well known. Only now, he's not debating anymore. He's strictly in the business of education.

"Flat Earthers are curious creatures," the cartoon character is fond of saying."We should encourage that. It's okay to be wrong. A hypothesis may look good on paper only to fall apart in the face of rigorous experimentation," Jonah The Scientist said, explaining the reason for opening his store.

"Science is fun. Sometimes we forget that,"

"...with climate change, space junk, and new viruses like the Coronavirus, science has become something of a harbinger of bad news," he said, adding that "I also aim to find the best outer space art, including vintage Russian space propaganda as well as dinosaur art. Science can be beautiful as well as sobering."

The penguin character is "a very popular flat earth mascot" says Tim Ozman, spokesman for the Infinite Plane Society. "I've compared them side by side several times. Jonah The Scientist bears a striking resemblance to Fepe. But it could be just me," he said.

"Regardless, I enjoy Jonah's work and we at the Infinite Plane Society are pleased that his business is doing so well. We may not agree on anything but I still send friends to Jonah's site for DIY science projects and gifts. We ordered a kit which uses plastic water bottles to make a remote control boat. Ingenious stuff, really. You have to check it out for yourself. I recommend the vintage cosmonaut posters with the space dogs."

According to Jonah The Scientist, he is not "Fepe '' and furthermore, he added that it's impolite to insinuate all penguins look alike. 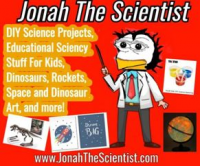 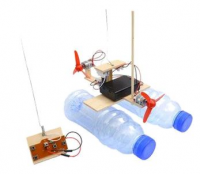 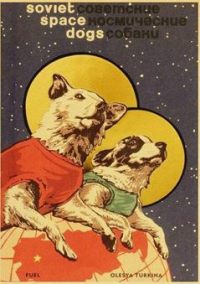