Dublin, Ireland -- (SBWIRE) -- 08/27/2011 -- Video game and software developer Reganam Interactive is pleased to announce the 2011 version of their popular FLV video player. Reganam's FLV Player plays all videos downloaded from YouTube or other video share sites as well as many other video files.

Flash Video has become the ubiquitous standard format for online video. Many of the most heavily trafficked sites such as YouTube, Hulu, Vevo, Yahoo and many others utilize Flash to deliver video entertainment and news. Most of these sites utilize a variation of the H.263 compression standard known as FLV1 and FLV4 file format. Since audio in FLV files is most often MP3, users may get sound but no picture, or even receive an error message based on the flash player they utilize.

The Reganam FLV video Player allows users to play and download a variety of video file types to their PC with greater control over the video. “This is just one of a number of free downloads that we provide to the general public to help enhance their entertainment experience on the Web and their computer,” said a Reganam representative.

In addition to the free FLV Player, the Reganam Interactive Website features a number of other free software solutions as downloads for the general public. The MP4 Converter facilitates conversion of videos to MP4 and supports most video formats and all players including the iPod, iPhone and the iPod Touch. The 3GP Converter can convert 3gp files stored on video phone to MPEG, 3GP2, AVI or FLV. The iPod Video Converter can convert any movie to iPod video. Users can convert videos to the iPhone video format with the iPhone Video Converter. All of the converters work with the majority of video formats and are compatible with the iPod Touch and iPhone.

Like all of the software solutions from Reganam, the FLV video Player is simple to use and comes as a free download from the developer’s Website. The site also features several flagship program downloads including World Cup Manager and Team Manager that allow users to create their own soccer teams from a database of more than 400 teams and 1,200 players. To download the 2011 FLV Player or any of the other Reganam video solutions, please visit http://www.reganam.com 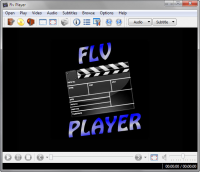