Los Angeles, CA -- (SBWIRE) -- 02/26/2016 -- As the 2016 Academy Award ceremony grows closer (Feb. 28), a popular Los Angeles food truck has temporary renamed it's signature sandwich for Hugh Glass, the hero played by Leonardo DiCaprio in the movie "The Revenant," which is nominated for 12 Oscars, including Best Picture.

"After watching the movie, I felt so sorry for Hugh, that I had to do something," said Michael Mikhail, owner of the Hungry Nomad food truck. "Just watching Hugh's miserable, starving trek across country made me hungry for one of my truck's own dishes, the blue cheese steak sandwich. So I've renamed it the Hugh Glass blue cheese steak sandwich … at least until after the Oscars this year."

Mikhail advises Oscar party hosts to order trays of the Hugh Glass, along with other delicious entrees, in time for the televised ceremony. "I think 'The Revenant' will win best picture," he said. "And if Leonardo wants to drop by our food truck and have a Hugh Glass after the show, it's on the house."

Find the Hungry Nomad's location on social media or call us at 877-666-2310 to arrange for food truck catering in Los Angeles. Customers also may order food for delivery (minus the food truck) at a reduced rate. Check out http://www.hungrynomadtruck.com.

About the Hungry Nomad
The Hungry Nomad is one of a trio of popular Southern California food trucks offering high-quality entrees and snacks to people on the street where they live, work and play and offers food truck catering in Los Angeles and surrounding areas. The Hungry Nomad is the first choice for foodies who want top-quality catering for weddings, parties, business meetings, movie shoots and more. Visit us at http://www.hungrynomadtruck.com 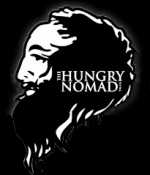