Smart Crowdfunding is slated to carry out strategic marketing initiatives for ‘Force’, the newest film from DeMar Productions. This campaign endeavors to raise $50,000 for production costs of the film.

Atlanta, GA -- (SBWIRE) -- 05/14/2014 -- DeMar Productions introduces its newest project with a crowdfunding campaign on Indiegogo. This project, a film called ‘Force’, revolves around families involved in a brutal mob war. While the plotline may sound like a “been there done that” type of scenario, this one has an interesting twist. The film’s main character Celeste becomes a victim of circumstances when her mob boss husband is killed. This forces her into a role she never thought she would have to play as she steps into her dead husband’s shoes. Because of this, ‘Force’ promises to be an edge of your seat adventure as Celeste morphs from a timid wife who is used to being taken care of, into a confident force to be reckoned with mob boss.

With less than a month to run its course, the ‘Force’ Indiegogo campaign hopes to raise at least $50,000. These funds will be used exclusively for production and distribution costs. The production company’s ultimate goal is to create a film so amazing that the big names in the entertainment industry would be fools to turn it down. In the hopes of reaching their funding goal, the campaign offers some amazing perks. These perks, which act as incentives for potential contributors, range anywhere from the basic poster or t-shirt, to the chance to play a role in the film. Funders even have an opportunity to become the executive producer of ‘Force’ with a donation of $10,000. This campaign is a great chance for people who have always wanted to get involved in the film industry to actually make their dream come true. More information about this project can be found on their Indiegogo campaign page.

About DeMar Productions
DeMar Productions is a film production company based in Atlanta. They have a refreshing approach to the entertainment industry and aspire to create moving films that not only effect people but push the industry toward excellence. They are a creative team of directors, cinematographers, editors, scriptwriters, and designers with a hands on approach.

To make an investment in the ‘Force’ crowdfunding project Click Here 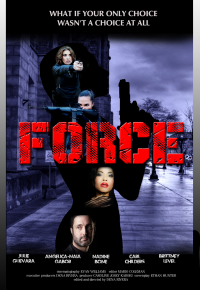 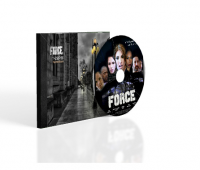