Cotati, CA -- (SBWIRE) -- 10/31/2012 -- Who better to help promote a wrestling or fighting event than a former WWE Superstar? Former WWE Superstar Tyler Reks (AKA: Gabe Tuft), who is a partner is a fast-paced marketing agency, says his company has all the tools needed to help wrestling and fighting promotions sell more tickets than ever before.

Local Promoter 2.0 was created solely for the purpose of increasing the revenue generated at promotional events. The division is specifically targeted at mixed martial arts companies, independent wrestling promotions, and extreme fighting promotions. A spokesperson from the company stated:

“Many of the independent wrestling and mixed martial arts promotion do a great job of managing their social media and keeping their websites up to date. The problem is they’re using a shotgun blast approach, firing their information in large rounds, and hoping to hit a few target consumers. Local Promoter 2.0 has isolated strategies that will allow us to dial in sniper rifle precision and fire direct shots at our targets.”

This sniper rifle approach is a combination of geo and behavioral targeting. These are marketing terms that, in this case, means locating consumers in the area around your event with a high potential for purchasing tickets. Local Promoter 2.0 has developed strategies for finding potential geo-targeted consumers that include a series of search engine optimized press releases, social media campaigns with the proper creation and marketing of Facebook events, email marketing, and video SEO campaigns. Local Promoter 2.0 also plans on leveraging the existing social media network of Gabe Tuft (formerly Tyler Reks) to help promote events. Tuft said:

“I’ve acquired a large, loyal fan base on Twitter and Facebook from my career with WWE. A huge percentage of my network is centered in Local Promoter 2.0’s targeted demographic - as wrestling fans and mixed martial arts fans tend to run in the same circles. Let’s leverage this existing network and use it as a hub for quality events.”

Tuft’s company has already shown its ability to successfully promote large, local events. Last year, they were retained by the Sacramento County Fair in California. With only a limited budget for digital marketing, the fair produced its largest crowd and highest revenue since its establishment in 1937.

They’ve also worked on high profile events such as the Rock of Ages concert, which is one of the largest rock festivals in California. Other successful promotional projects include The Kids Shapers Project, Project-Based Social Media for Tooth & Nail Records, The Michael Brockman Project, event and CD release awareness initiatives for musicians including Mendoza, Pion2Zion, Propagandhi, and SwampDonky.

Right now the division is offering a 10% discount off the first month’s services. Offer applies to a package of 3 services and a 90 day agreement is required.

Use the promo code TREKS.

About Local Marketing 2.0
Local Marketing 2.0 specializes in advertising budget optimization and digital marketing consulting. Visit our website at www.localm2.com or call (866) 470-7894 to speak with a representative. 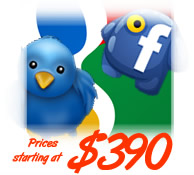 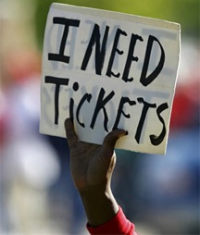