Ivolve TV believes that media has a social obligation to facilitate positive change on the planet and they are doing it.

Los Angeles, CA -- (SBWIRE) -- 01/23/2014 -- Ivolve Media Group was founded by independent filmmakers who believe that media has a social obligation to assist positive human growth and potential. They offer hundreds of unique productions, original shows, important features films, live events and more.  They are an entertaining, constructive alternative to big media, the way information is controlled, and the way the truth is often manipulated.

Ivolve Media Group is building next-generation TV Networks.  They are fusing purposeful, enriching content with traditional entertainment formulas to bring a channel people will love and a community they’ll love to be a part of.

What sets Ivolve apart from other TV Networks is the technocratic approach to new content. We Ivolve polls viewers on topics and segments the viewers themselves would like to see in Ivolve's original shows and content library. Based on viewer feedback, Ivolve will deevote it's resources to produce and deliver the content their audience wants.

Some of the content to be delivered by Ivolve Media Group will be free, some others will be viewer supported.  This insures that no one influences their programming except the viewers. In addition to acquiring films and library content, they have six new series in production right now, and another few waiting for their turn.  Soon, Ivolve TV will have a lineup as diversified as any network, but their shows will be requested by their viewers and produced by the staff.

Funds raised via Indiegogo will be used for

2. To go into full production on their original shows. 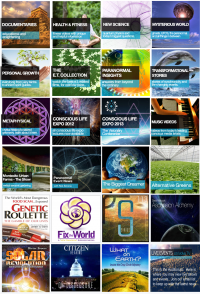 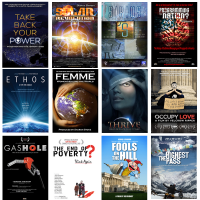