Players can use their cards and wits to create an ultimate attack or defense. The game is just for fun without any complicated rules.

New York, NY -- (SBWIRE) -- 07/04/2014 -- Ultimate Battle is the exciting new card and sketching game for two or more players. Players can draw cards, sketch attacks inspired by those cards, and defend as best as they can. The game challenges players with a need for careful strategy. Ultimate Battle rewards players for their creativity. There are hundreds of cards they can use to craft crazy card combinations. Played in as little as 15 minutes, this game is all about strategy, creativity, and fun.

Players start the game by drawing cards from the deck and illustrating a hero to represent themselves. They then launch attacks, defenses, and counter-attacks by combining cards and sketching out their creations. As players scribble their attacks against their opponents, the opponents have to think fast and come up with a clever defense using cards in their hands. The game is won by landing an attack that the opponent can't defend.

The Ultimate Battle cards are printed on the finest quality playing-card stock. The game comes with over one hundred silky cards full of evocative original artwork and safe and snug in a custom-designed box.

The initial funding goal for this campaign was $11,000 with several stretch goals at higher levels of funding. Though the campaign still has almost a month to go, Gamerite Studios has already exceeded their initial target. In any case, project will be funded on Thu, Jul 31 2014 7:54 PM +05:30.

About Gamerite Studios
Gamerite Studios comprises of a bunch of people that like to have fun and want to create unique experiences for the gamers because they have had enough of the same old games. Their products are meant to embody the comfort and nostalgia of old-school fun. 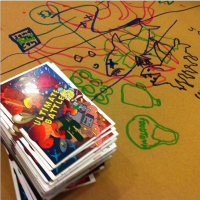 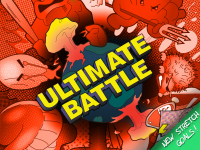