So Just Who Is Gary Lvov

The Chamber of Commerce selected the 33-year old Lvov, General Manager of the Holiday Inn Hotel & Resort as 2011 Business Person of the Year. Some eighteen years earlier, Lvov had started his career in Hotel business doing dishes. “I did any job from dishwasher to busboy to front desk agent. Anything that was required of me – I did”, recalled Lvov in an interview after winning his award. “My parents had no money and I knew college was coming. I could not count on scholarships, I had to rely on my own resources to go to school. The expression “It was not my job was never a part of my vocabulary, so I did whatever I had to do. If I had to be the best busboy or the best dishwasher – I was the best busboy and dishwasher”.

Lvov's ancestors date back ten generations in Russia as well as the Ukraine. When he and his family emigrated from the former Soviet Union to Phoenix, Arizona in 1992, Lvov spoke English and Spanish fluently that he learned at a linguistic school in Moscow along with his native Russian. His parents now live in the West Valley.

To further his education, after completing high school, Lvov later earned his bachelors and masters degrees in business administration which have been quite helpful to him in his career as a Hotel Executive. In addition to his career in hospitality, Lvov also consulted two dental practices as well as did other freelance counseling for various businesses. His management style, he said, could be best described as “hands-on – lead by example”. “Because I was raised in this business, it is hard on my ears to hear people say “it is not a part of my job”. Long hours come with the job and Lvov makes himself accessible to guests and employees 24/7. “It's not because I have to do it; I choose to do it'! I give my cell phone number out so people could reach me at their convenience – that's how I like to do the business”, he said.

Improvements:
When Lvov and colleague Rosalind Ellis took over the Fountain Hills Holiday Inn in 2009, improving the image of the hotel was their first priority. Occupancy was low, and as Lvov recalls, “the hotel was so empty that you could literally play golf in the hallways and no one would ever know”. By concentrating on marketing the facility to weddings, meetings, conference and leisure travelers, the hotel eventually started to pick up in traffic. Business networking has always been a part of Lvov's every day activity. In 2010, the hotel received an award as being one of the top Holiday Inns in the nation. The hotel currently enjoys a 75-80% occupancy all year round, even in the hot summer months, which in the Arizona hotel industry are considered “slow season”.The hotel employs nearly 40 staffers, brings in over $200,000 in sales tax revenue and pays out nearly $100,000 in property taxes most of which support local schools. The hotel also enjoys a 4-star quality rating with Trip Advisor for both 2010 & 2011.

Community Outreach and Fundraisers:
With eternal love for his career and his beloved boss of many years (Sheila Overall), as well as his town of Fountain Hills, Lvov has done a tremendous outreach to his community. From recording a show with TV Host Michael Crawford to the numerous fundraisers, Gary Lvov and his group of worker bees have raised well over $70,000 for various local causes including the Fountain Hills Museum, the Civic and Cultural Association, the Children of Africa, HIV and AIDS, the Sheriff's Posse, the local high school Booster Club, all the local Veterans Organizations, and many others. Most locals have described his work as “sensational and breathtaking”. “We are one of the few establishments in Fountain Hills that proudly displays a Veterans / POW table in our restaurant lobby as a tribute to those who fought and died for our Freedom”. In 2010, Lvov was awarded certificate of Achievement for his volunteer work for the American Legion Axillary, Post 58. In 2011, Lvov took second place in the Karaoke contest singing his favorite “La Bamba”. He donated his award winnings to the local arts organization. Lvov loves Fountain Hills, and there is not a charitable organization or a function in town that hasn't enjoyed Lvov's support and his volunteerism. Two of the local Fountain Hills art pieces bear Lvov's name for his continuous contribution to the local arts.

Dreams
His enthusiasm energizes people. His premise is if the hotel succeeds, the entire town benefits. “This is not just about this hotel. My dream is to see this entire town be the new “wow” of Arizona, sort of like Sedona”, adds Lvov. Moving up the corporate ladder in a large hotel chain would not be his ideal of success, “I earn a salary but that is not my main reason for being here. I want to make things happen”. When it comes to politics, Lvov describes himself as “a conservative fiscally and moderate socially”. Lvov has been seen around town putting up campaign signs as well as campaigning for his favorite political candidates.

In his limited leisure time, Lvov loves to work out, play the piano, attend movies and read nutritional and holistic health books. He would strongly welcome a movie theater and more nightlife entertainment to attract out-of-town visitors. Lvov also attributes a lot of the hotel's success to the five local female activists that he considers his “adopted sisters”. They are Linda Kavanagh (the Town's current Mayor), Cassie Hansen (a local Real Estate Executive / Councilwoman), Barbara Eldridge (a local HIV / AIDS community organizer), Christine Colley (a former Dial Executive and a local philanthropist) and Theresa Cox (a local Chamber Executive). “We would be nothing without these five ladies who have opened so many of our doors since the very first day we stepped foot on this Fountain Hills soil”, adds Lvov.

TV Appearance and First Book
Being a phenomenal public speaker, Lvov has made several TV, Commercial and Radio Appearances. In 2011, Lvov participated in the Fountain Hills Thanksgiving Day parade by riding in a back of a black convertible as the Chamber Person of the Year. In 2012 he published his first book called “From Moscow to Fountain Hills” which talks about his life as a child in a repressive Socialist Regime, his humble beginnings, struggles and obstacles. “As a kid growing up in Russia, I had a dream – The American Dream”, adds Lvov. “That dream brought me to this wonderful country of opportunity in 1992, and through the years of hard work and climbing the corporate ladder, that same American Dream brought me here to Fountain Hills”. In 2012, Phoenix Business Journal listed Lvov in their “On the Move” section.

Lvov has been interviewed by numerous motivational speakers, and through his persistence and work ethic, Gary Lvov has continued to inspire others and conquer his every life aspirations, never abandoning his undying vision of making this world a better place. “Life is like a bank...whatever you put into it is what you will get out of it”. In one of his online social media posts, Lvov has been described by his peers as the “Renaissance Man”. The post read “Gary Lvov – is a true Renaissance Man – a writer, singer, photographer, linguist, race car driver, generous host and a friend to all”. “This was the nicest thing anyone could have ever said about me”, humbly added Lvov.

His advise to today's students is, “Get educated, listen to your parents, your mentors and your teachers, pick an occupation that you love, be a saver not a spender, stay loyal to your friends and your employer, take care of your health, and mainly have faith, goals and your life vision....once you've crossed those off your laundry list, your success is almost inevitable!”

Please note that this press release has been revised from its original content. 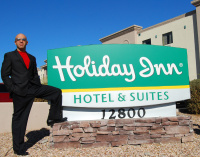 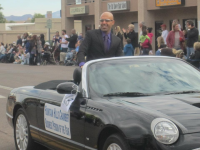 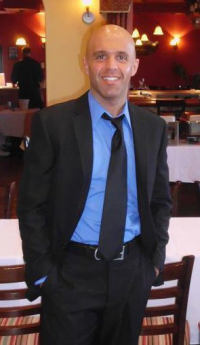