London, UK -- (SBWIRE) -- 08/14/2013 -- David Ellis announces the release of his first novel, a psychological thriller that delves into sexual darkness. Beyond the usual male to male romance novel, the story of "Captive" begins a few days before the civil ceremony of Hugo and Ben and takes a turn into extramarital affairs, BDSM and kidnapping. Hugo works as a curator at a local art museum, while Ben has found success as an advertising executive. Their storybook romance takes a turn into a mysterious web of intrigue as one man's search for his husband leads to self-discovery and tragedy during their South African honeymoon.

A psychiatrist with a distinguished history publishing medical teaching software and writing technical pieces on music technology and medical equipment, David Ellis brings a microscopic attention to detail to his fiction writing and the psychology of his characters. He is also recognized for his wit. One reviewer wrote of Ellis's humor, "subtly like the expert finishing touches on a masterpiece, the element of humor is just a delightful bonus to a novel that already is brimming with irresistible qualities."

"Captive" is available on Amazon by going to http://www.amazon.com/dp/B00DUG0XE4

About David Ellis
David Ellis is a psychiatrist living and working in London, UK. He has written articles, books and teaching materials on music, medicine and technology. He lives with his husband and two cats. He doesn't eat meat and goes to the gym daily. 'Looks Could Kill' is his first novel. 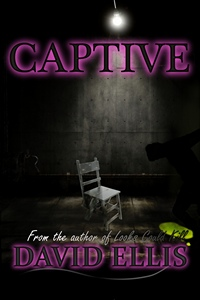