Genco Research LLC has announced that their latest compounds include Thymosin Beta 4, a research peptide found to have multiple equine applications.

Indianapolis, IN -- (SBWIRE) -- 10/07/2014 -- Peptides are man-made synthetic compounds comprising at least on amino acid, that create chains which interact with organic materials including living beings in novel ways. These peptides are constantly being studied by scientists for numerous applications in everything from boosting athletic performance to fighting cancer, and not just in humans. Genco Research LLC specializes in the production of these compounds for scientific research, and has expanded its range to include Thymosin Beta 4, a synthetic version of a naturally occurring peptide found in almost all humans and animals.

Thymosin Beta 4 consists of 43 amino acids which primarily affects cell proliferation, migration and differentiation. In equine use thymosin beta 4 has been found to have numerous beneficial effects, especially in yearlings, which undergo an often difficult transition to adulthood which can be smoothed and optimized by supplementary peptides.

While thymosin beta 4 use in horses has a disputed legal status within the racing community, its advantages are not in question. The peptide is now available affordably from Genco Peptide LLC, and is produced exclusively in high quality laboratories in America, guaranteeing peace of mind for researchers who are continuing to investigate its effects.

A spokesperson for Genco Research explained, “While we at Genco Research do not conduct research ourselves, we are well aware the equestrian community has been known to use the type of products we sell, such as thymosin beta 4, for use in horses. The compound has been shown to confer a number of advantages in young horses, with its mechanism helping to increase blood cells and muscle mass, decrease stomach acid levels and more. This helps horses breathe better and increases their endurance. Further research on these and other effects may increase our understanding in the treatment of respiratory problems, stomach ulcers and more.”

About Genco Peptide
Genco Research LLC is an American-based company that offers high purity, research-quality American-made peptides. Peptides are synthetic compounds that include some of the most important man-made chemical agents of the last century in industry, medical research and more. All peptides are available conveniently via the site’s online store at very competitive prices. All products are made in America under the best laboratory conditions. 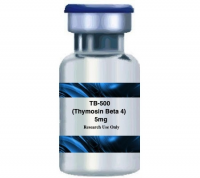