What then can be attributed to the decline in Europe’s demand for solar PV? According to Solar Power Europe CEO James Watson, the slowdown was chiefly because of the cuts to the Feed-in Tariff provided by the United Kingdom government.

This is indeed great news for the solar industry as Solar Power Europe reported that more than 60 GW will be installed from 2016 – 2022. Despite the faltering demand for solar PV in Europe, the possible increase in the worldwide market, most especially in Asian markets, is a good sign that the solar market is hitting new heights.

China is considered as the biggest stimulus for this growth where about 7 GW of solar has been installed just for the first quarter of 2016.

What then can be attributed to the decline in Europe's demand for solar PV? According to Solar Power Europe CEO James Watson, the slowdown was chiefly because of the cuts to the Feed-in Tariff provided by the United Kingdom government. However, reports are showing that there is a possibility that Europe will soon return to a growth path by next year.

The year 2015 has been remarkable for the solar industry as prices of electricity produced by solar power declined. This trend is continuing this 2016 as exhibited in a recent bid in Dubai having solar reaching 2.9 cents per KWh (the lowest bid so far). This remarkably means that solar is considered as the most cost-effective power generation technologies. This promises a bright future for the industry.

As compared to the retail electricity being produced still in a number of countries, solar power is undoubtedly more competitive in terms of pricing.

Getsolarprices.co.uk is one of the companies in the UK who believes that the booming trend in the solar industry will bring solar panels cost to be more competitive. The staggering records of solar PV in many parts across the globe is a great sign that renewable energy is on its way to achieving more established regulatory environment support.

About Get Solar Prices
GetSolarPrices brings the best possible price in every local area from solar companies that customers can trust. With GetSolarPrices, customers are assured that they can get the right deal for their solar panels; they can compare prices from pre-screened solar companies. The company offers no obligation quotes to save customers time and money. They provide a 100% free of charge service. 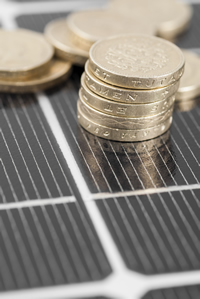