Google Penguin Changes Have Some Negative Consequences Overlooked by Google

GoogleNewsSubmit warns of some hidden dangers to small business owners in the new Google Penguin changes. GoogleNewsSubmit reaches out to Google to address the unanswered questions on the new dangers.

Shreveport, LA -- (SBWIRE) -- 05/18/2012 -- GoogleNewsSubmit.com, a leading online press release distribution company, is releasing a warning to Google, small business owners and webmasters on a potential unintended side effect of the new Google Penguin Search Algorithm updates. While the new changes are welcomed to make searching and utilizing Google Search much more effective and SPAM free, GoogleNewsSubmit is worried some may take advantage to harm the competition.

With the latest Google Penguin Algorithm updates, Google is penalizing "Unnatural" backlinks. Past SEO techniques including getting as many backlinks as possible to your website. To accomplish this, blackhat webmasters armed themselves and spent thousands on tools such as the infamous XRumer, Scrapebox, SENuke etc. We've seen in the past these webmasters will do anything to rank their website at the top of Google.

While it will make these webmasters focus more on good, natural content, it does have the following potential negative side effects on honest businesses:

Rampant Content Theft - Blackhat SEO webmasters has stolen content in the past, scraping articles and spinning them and more. Honest businesses should expect these blackhat webmasters to step up this to get content for their websites.

Using Tools Against an Honest Business - GoogleNewsSubmit.com's great fear is the fact these blackhat webmasters still have these powerful tools in their possession. The question is what is stopping these individuals from using these tools to get the competition sandboxed. Unfortunately, it appears to be easier than ever to get your competition penalized in the Google Search. With XRumer, a blackhat webmaster can submit your higher ranked page to thousands of "Unnatural" backlinks in a matter of minutes. Per the new Google Penguin changes, this will get an honest business owner knocked out of the search results and possibly lift the dishonest webmaster.

GoogleNewsSubmit.com has placed an inquiry with Google as to what a small business owner or honest webmaster is to do to prevent someone from "Blasting" their website with these tools that are in the hands of thousands. As of yet, GoogleNewsSubmit has not received a reply from Google on the question. If something is suspected, GoogleNewsSubmit recommends contacting Google to notify them of the issue. As well, consider using press releases on Google News to repair your status and perhaps reputation if required. 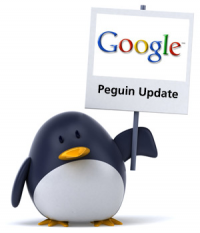