Memphis, TN -- (SBWIRE) -- 04/24/2012 -- On March 23, 2012, gospel music lovers flocked in droves to the 2012 Allstate Gospel Superfest in support of its live television taping, which took place for the first time ever in Memphis, TN. The event was held at the Temple of Deliverance Church of God in Christ, 369 G. E. Patterson Ave, Memphis, TN 38126. Celebrity actress Vivica A. Fox hosted this year's extravaganza with charisma and poise.

Various media outlets checked in early to secure a spot on the red carpet while hundreds of people wrapped around the 5,000-seat venue.  Hundreds more had to be turned away from this sold to capacity recording event.

The show opened with the 2011 winners of the Allstate Gospel Superfest Battle of the Bands competition, Men of God's Heart of Columbus, OH. This annual competition auditions unsigned gospel talent in search of finding the opening act for the following year's television taping. The pre-show also featured Tia Rachelle, Courtney little and Jonathan McReynolds. All of which provided a spiritual appetizer for the thousands of fans in attendance.

In addition to the soul-stirring performances, spiritual leader and founder of the Full Gospel Baptist Fellowship, Bishop Paul S. Morton, Sr. received the Allstate Gospel Superfest Lifetime Achievement Award. Another award recipient of the evening was K & K Mime, who received the first annual Trendsetter Award in recognition of their significant and groundbreaking contribution to the mime ministry movement. Over ninety (90) mimes appeared on stage to deliver a dynamic performance as tribute to K & K Mime.

“This year’s event was simply spectacular” stated Dr. Bobby Cartwright, Jr. the show’s Executive Producer and founder. The Allstate Gospel Superfest is one of the most notable gospel music events recorded for television in the United States.  The show has become a national platform that allows both veteran and new artists the opportunity to showcase their talent to national and international television audiences.

The Memphis recording session will yield three one-hour specials with the first set to air in domestic syndication beginning March 29th thru April 22, 2012. Please check local listings for airdates and times in your area.

If you would like more information about this topic, or to schedule an interview, please contact Judy Groover by phone at 202.361.3939, or by e-mail at jgroover@sweetfinesse.com. 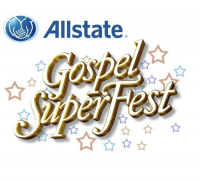