GovernmentAuction.com is organizing live auctions on its online platform, where the interested buyers and investors can bid for cost-effective land lots available for sale in Nevada.

Boca Raton, FL -- (SBWIRE) -- 09/03/2019 -- GovernmentAuction.com is the largest online land auction company in the United States. The auctioneer invites bids on live land auctions, and the highest bidder gets the right to buy the land. GovernmentAuction.com lets the bid winners pay conveniently. While they can pay for the land by purchasing it outright and paying one lump sum at the time of closing, they can also pay by financing the sale and making monthly payments on the land until it is paid off.

In a recent interview, the spokesperson of GovernmentAuction.com shared, "Having sold more than 24,000 properties, we have established a solid track record and credibility in the online land auction market. We purchase sellable land in bulk by way of liquidation sales, surplus land, bankruptcies, foreclosures, and tax lien sales. We also buy raw land for investment, as well as land lots from trusts and estates. Apart from many other US states, we offer lucrative land options in Nevada, which is the seventh-largest state in the nation."

GovernmentAuction.com offers land lots for sale in various regions of Nevada, including the Sierra Nevada Mountains, the Great Basin, and the Mojave Desert. Nevada is not only the most mountainous state, but it is also famous for its picturesque valleys and numerous rivers and lakes that cut through its varied terrain. Hundreds of millions of visitors visit Las Vegas in Nevada every year, taking in the luxury and allure of world-class hotels, dining, nightlife, shopping, and scenic wonders. The state's most valuable industries are tourism and mining.

Further, the spokesperson asserted, "The agriculture industry is alive and well in Nevada, despite obstacles that prevent ranching and farming in large regions of the state. More than 500,000 cattle and over 70,000 sheep graze on the high plateaus among the cool mountain range regions. From the glitter of Las Vegas to the ski slopes of Lake Tahoe and the fertile plains of the Great Basin, land investors are sure to find their pot of gold, or silver, in Nevada."

When it comes to land for sale in Nevada , Las Vegas and Henderson are at a premium, fetching millions of dollars per acre. In other parts of the area, it is possible to find land at prices as low as $15,000 per acre. The rest of the Great Basin is more affordable in terms of land. Real estate in this region ranges from less than $500 per acre to more than $1,000 per acre, which is cost-effective for enterprising investors. The area surrounding the Sierra Nevada Mountains represents Nevada's mid-range price point for real estate.

About GovernmentAuction.com
GovernmentAuction.com purchases a variety of land lots in bulk and then conducts online auctions on raw land for sale . The land lots across the United States are available for purchase to novices and first-time buyers, as well as experienced investors and corporate clients worldwide. The auctioneer also conducts live auctions to sell other valuable items, such as GIA diamonds, Rolex and Cartier watches, rare coins, fine art, antiques, and classic cars. 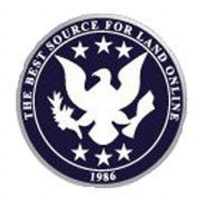