Written by former private school Head Librarian, Veronica R. Tabares, ‘Gray Zone’ imparts a powerful and personable story that will help any young person recognize that unkind comments and ‘online pranks’ can quickly become viral torture. With such pertinence to modern society, the novel is expected to resonate with young people around the world after its release in January of 2014.

Seattle, WA -- (SBWIRE) -- 09/24/2013 -- While computer technology helps millions of young people complete their homework and broaden their horizons, access to the internet can also ruin lives. As ‘cyber bullying’ statistics rise to shocking new levels, often and unfortunately melding with statistics relating to suicide, one Washington librarian is taking a bold and tough stance through her potentially life-changing new novel.

‘Gray Zone’ fuses a gripping story of one girl’s struggle with bullying and real-world awareness that can change the behavior of both online tormenters and their victims.

The victim of a cyber-prank gone viral, Autumn was forced to transfer schools—not exactly what she wanted to do as a sophomore. But what choice did she have when all her personal information was posted all over the web for anyone to see? When threatening comments started to trickle in, the police said her only chance to avoid stalkers was to move schools and start over.

Determined to make the best of her situation, Autumn realized that she had been given an opportunity to reinvent herself; to become the outgoing, popular, not-at-all-shy girl she'd always wanted to be.

Something that was impossible while surrounded by lifelong friends who thought they knew her better than she knew herself.

But even the best plans go awry. As soon as Autumn arrives at her new school, she meets Maurice—a bully of monumental proportions who steps on toes, beats up kids, and generally makes life miserable for everyone. Things seem to be looking up when Autumn learns that her best friend Sophie Rose is transferring to her new school, too—but then Sophie starts keeping her distance from Autumn. Soon, Autumn feels those old, familiar feelings of sadness and inadequacy returning, as she wonders if Sophie Rose felt Autumn was no longer good enough to be her friend.

Bullied at school and online, adrift without the support of her best friend in the murky waters of high school, where one wrong move can earn an unflattering nickname that will stick until graduation, Autumn believes she failed miserably at changing the old habits that had given her that shy girl reputation in the first place. Not only could she not move from reserved to rambunctious, she couldn't even get to normal.

But when a tragedy shakes Autumn's world, she stops feeling sad about what happened to her. Now she's angry—and she's determined to put a stop to this cyber-torture and bullying of herself and the people she loves in this powerful and poignant novel.

As the author explains, she has first-hand exposure to cyber bullying and its growing influence over young people.

“Modern technology enhances a bully’s ability to inflict pain, with most young people unaware of the dangers they face. After seeing this on many levels, I designed an anti-bullying curriculum to incorporate into my lessons. My book was written to showcase how an online bully works, to give children this knowledge and open a much-needed dialogue,” says Tabares, a prolific writer.

Continuing, “The problem of cyber bullying isn’t going to go away on its own. Young people need to learn the difference between online fun and pranks or actions that can inflict real pain on those at the receiving end. There is a gray zone where the difference between right and wrong is blurred. It’s always been there and my narrative will address it directly, so we can fix it.”

Critics praise the author for her diligent attempts to change the lives of others. Interested readers are urged to purchase their copies as soon as possible after its release in January 2014.

About Veronica R. Tabares
Veronica has a master of library and information science and a bachelor of arts in anthropology, both from the University of Washington. She also has a master of fine arts in creative writing from Full Sail University. 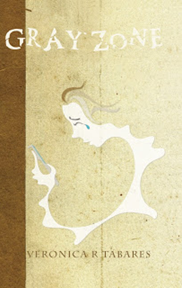