Gregory Brown Looks to Raise $25,000 via Indiegogo for the Production of His Upcoming Short Film 'A Conversation from Within'

‘A Conversation From Within’ is a short film where everything is not what it appears to be.

This is the driven passion of a patient receiving experimental therapy to re stage, in his mind, the events that lead to the loss of his love changing the outcome with him saving her life. However, the therapist has crueler intentions with the therapy.

This is what the short film A Conversation From Within will achieve to create. The non linear story line will have twists and turns revealing the fate of the characters as they experience love, loss, and manipulation. This production is aims to strive for creating a visual and original story through suspense, romance, deception, and how psychological alterations are affecting the Patient protagonist.

Every donation to this project will go towards to the production. The short film will be shot in Austin, TX. Austin is recognized as one of the top independent film friendly cities in the country and is becoming a hot bed for the filming of studio feature length films and television. Resources such as equipment rental, experienced crew, and the Austin and Texas Film Commissions are already in place to help create a smooth production process. Collected funds will be used for:
- Grip and Electric equipment/truck rental
- Camera, lenses, and camera accessories rentals
- Location fees
- Props and wardrobe
- Post Production additional dialogue recording, editing, and colorist touches

About Gregory Brown
Gregory Brown is the Director/Writer/Producer of the upcoming short film ‘A Conversation From Within.’ Gregory was born and raised in Austin, Texas. He always wanted to become a film director and it’s a not just a job for him, but a passion. After graduating high school, he went to the University of Colorado at Boulder. He graduated with a Bachelor of Arts in Film Studies. After graduation Gregory has move backed to his hometown to pursue a career in the film industry. 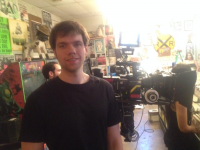 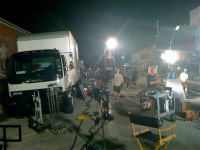 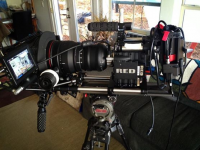