Raleigh, NC -- (SBWIRE) -- 02/28/2013 -- SCI-FI Fantasy Writer, Max W. Miller, says: “It’s time to tell the backstory of why I started writing and how my creative imagination saved my life. It’s time to see if our journey can derail another family who might be headed down the road we took.”

Miller tried to outrun the avalanche she saw coming through her dreams and visions. She tried every Mama’ tactic she could think of but still it happened. All of her son’s punishments and take-aways, even boarding school didn’t stop him. She would literarily get into her car and track him down; but still it happened. Her son was prison-bound and didn’t seem to realize the package he was buying—for himself and his family that would be left behind.

Miller says:
“Most moms know that a teen who continues to struggle against home rules and simple acts of obedience is headed for major trouble. When an adolescent’s behavior morphs beyond occasional words of disrespect, his/her mother must gear-up for war. She is about to enter the battle of her life—unfortunately it will be against her own child. The risks are too great to use a passive approach. Rebellion, if left unchecked inside the home will roll-over into an adult perpetuating a disregard for authority.”

He was out of jail for five short weeks before he was gone again. This time he would be gone for nearly eight years, and Miller wondered if she would survive this trip. She describes the feeling as her heart ripping from her chest. After several agonizing years, Miller found the answer in giving back positively by writing page-turning and unique science fiction and fantasy books for teens and young adults.

“I want to have a voice to speak to teens and young adults. My books open the gate to build such a relationship, but what’s more important is the true story behind the books. It’s a story only my son and I can share with the world. Prison is nowhere for a young person to be.”

As mentioned earlier, Miller is seeking literary representation for this compelling true story. The book proposal is available upon request.

“Five years ago, I had to do like Oprah and some of her national guests are saying today: when a personal crisis struck I had to re-invent myself and create a “New Normal.”

Miller’s fiction is garnering a growing and dedicated audience and she has written an article about her journey for Your Teen Magazine. Also, she has a Q &A in her website’s media center, written by Yahoo Shine Magazine. She plans to continue writing creative fiction as she broadens her activism to keep children out of prison.

Official Synopsis for her debut novel:
Blood Melt - This work of fiction starts out in Winston-Salem, NC with the bulk of the story taking place in Savannah, Georgia. Sixteen year old Avani Darrisaw is unwillingly launched on a perilous journey. She finds out she has descendants from another universe. A Star Warrior from that world needs her to save him. But, in order to save the alien Star Warrior, Avani must take part in a ceremony called the Blood Melt. Danger greets her at every turn. Intrigue and forks in the road are constantly biting at her heel—the Karokins, Samantha the cat, and the Walfarian assassin are some of the characters to love … and others to hate.

About Max W. Miller
Max W. Miller is honored that you are taking the time to get to know her. She was born in Savannah, Georgia, but has lived in North Carolina for most of her adult life. Max comes from a large family of six brothers and two sisters. She is married with children.Max is a writer of science fiction and fantasy for teens and young adults. She uses popular fantasy and science fiction topics such as aliens, ghosts, and witches, and expresses them in a way that is highly entertaining, thought provoking, and written in a language that doesn’t burn her reader’s ears with obscenity.

The author’s progress can be followed on Twitter: http://www.twitter.com/@maxwmiller
Information may also be obtained via Miller’s official website: www.scififantasyfiction.com 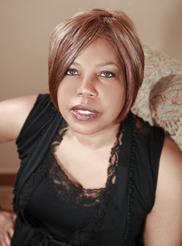