Maurice Harmon’s life-changing new book helps readers break free from the lures of sexual perversion and pornography - by realizing the power of prayer, the scriptures and devotion to God’s word.

Greenbelt, MD -- (SBWIRE) -- 05/14/2013 -- While millions are addicted to sex, pornography and its associated behaviors, few know where to turn in order for solace and a cure. After struggling with the same addictions and using his steadfast faith to turn his life around, Maryland’s Maurice Harmon is on a mission to help others do the same through his compelling new book.

‘Pornography: The Great Perversion of Human Sexuality: A Strategic Guide to Overcoming Sexual Perversion and Pornography’ hopes to tackle the sexual crimes and perversions that dominate modern society.

Are you struggling to break free from the clutches of pornography? Are you losing the battle to sexual perversion in your mind and spirit or know someone who is? Are you seeking help concerning your condition of pornographic addiction and sexual perversion but don’t know where to turn? If so, this powerful strategy guide was written for you. In this book, you will learn the following:

This book will empower and equip you for the battle you are fighting against sexual perversion. Be glad and encouraged for God has sent you a powerful weapon to destroy every yoke of sexual perversion in your life!

As the author explains, The Church provides a perfect platform from which to break free of the detriments of sex and pornography addiction.

“This book was designed and created to help those struggling with sexual perversion, to provide an in depth knowledge of those who wish to be educated on this matter and to enlighten the educational institution of the Body of Christ,” says Harmon.

Continuing, “This story is so important because so many people are suffering silently battling this condition. What's worse is that very few leaders within the Body of Christ, which should serve as the educational institution for the brethren, are not equipped to teach on these matters for a lack of knowledge and therefore this book is a tremendous educational weapon to assist them in this area.”

“Very life touching and incredibly written! I've read and reviewed videos of those that struggled with the addiction and also watched videos of those who choose that profession to get an understanding of what its like and to also find a way to shy away from it. The authors life experience grabbed me and allowed me to relate. I encourage all the readers to go and snatch this one up,” says Glema, who reviewed the book on Amazon.

Another reader was equally as impressed, saying, “Very informative and strategic in approach. The author has a great sense of teaching and breaking down the origin of how sexual perversion attacks the mind and spirit. A must read for anyone fighting the beast of sexual perversion. Awesome read!”

With such a strong message and pertinence to modern society, interested readers are urged to purchase their copies as soon as possible.

About Maurice Harmon
Maurice Harmon, son of Benita L. Harmon and Gerald M. Harmon, was born June 11, 1979, at Peninsula General Hospital in Salisbury, Maryland. Before Maurice was born, three pastors laid hands on his mother's womb and prophesied that he would carry the gospel to the nations. Maurice's early life was filled with challenges and disappointments as he could not fit in with other children.

His inability to fit in with others caused him to spend a great deal of time alone. At the age of five, God started speaking to Maurice during his time alone. This was the beginning of his relationship with God. Although Maurice strayed from the Lord during his teenage years, God sent an angel to him one night, reminding Maurice of his purpose. On June 10, 2001, Maurice gave his life to the Lord. Maurice was ordained a minister one month later and began preaching the gospel as he was chosen to do. 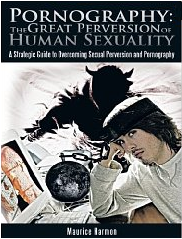