VIDEO CURRICULUM BASED ON THE LEARNINGS FROM NYC MANDARIN PRESCHOOL

New York, NY -- (SBWIRE) -- 03/14/2014 -- “Little Dumplings” is a highly effective Mandarin Chinese video learning program for babies, toddlers and preschoolers (http://www.littledumplings.org). Based on the curriculum of the Little Dumplings Mandarin Preschool in Manhattan NYC, children and families get the benefit of a curriculum that has been finely honed over years of watching children engage with the material.

“We developed this curriculum based on a wealth of solid research and pedagogical theories,” shares Peilin Chou, founder of the Little Dumplings Mandarin Preschool and creator of the Little Dumplings Video, “but what truly makes it unique is how we fine-tuned it by observing it in action with many children over many years. We found that the amount and type of repetition, the type of songs, the timing of how the vocabulary is presented -- all those little things really made a difference in how and if the material was absorbed by children. Once we made all these unique and exciting discoveries, we wanted to capture this highly effective learning method on video so that a much larger number of children could benefit from it”.

Building on a child’s natural curiosity and love of play, the video blends games, songs, a guitarist, real kids, and a teacher interacting directly with the “child at home” to provide a captivating full-immersion experience for even the youngest learners. “First and foremost, ‘Little Dumplings’ is about making learning fun,” says Chou. “If you can keep the child continually engaged, you have gotten halfway there.” After that, Chou says many other characteristics can affect levels of absorption and retention. “For example, we found that immersion was really important,” says Chou. “In these early stages, children are acquiring language at an amazingly rapid rate. They don’t necessarily even differentiate separate languages so if they are spoken to entirely in Mandarin, that’s the language they process and take in. No translation or English “explanation” is ever necessary.”

Another research learning Chou found to be true in her hands-on experiences was the fact that children learn language not only by hearing it, but also by reading lips. “In order to imitate you, the young child has to figure out how to shape their lips to make that particular sound they’re hearing,” explains Chou. “To service this need, the Little Dumplings Video features an entire chapter at the end where our teacher is featured singing all of the songs in close-up, so that children can really get that direct exposure to seeing how lips are shaped to make the sounds they hear. It’s amazing what we were able to learn watching kids over the years!”

The Little Dumplings Video is produced by Lifefilm Entertainment.

About Peilin Chou
Little Dumplings was created by Peilin Chou, a veteran film and television professional and former executive at Walt Disney Animation and Nickelodeon. Peilin was inspired to create Little Dumplings based on her strong desire to raise her own two children to be bilingual by giving them the gift of Mandarin. After years dedicated to creating programming that entertained and educated children all around the world, Peilin is thrilled to have the opportunity to share her most personal project to date – The Little Dumplings Video! 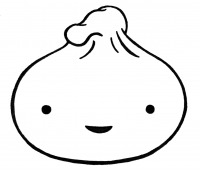