This project has been working to revitalize the historic downtown and creating hope for the future by restoring the performing arts theater front façade and marquee.

Steubenville, OH -- (SBWIRE) -- 03/03/2014 -- The effort to save the Historic Grand Theater in Steubenville Ohio was started by Scott Dressel and a group of volunteers in 2010. After canvassing numerous people in town it was unanimous that they should save the last, of what was once five, ornate movie and stage palaces in their historic downtown. The board of volunteers are from all walks of life and all different ages and they have formed a U.S. 501c3 non-profit named the Steubenville Historic Landmarks Foundation which owns the Grand Theater. None of the board members are paid and all these volunteers are working to save the Theater for the children, visitors to town and future generations.

The Grand Theater is the anchor of the historic downtown business district, an area of just a few square blocks that has seen huge economic decline with the end of steel manufacturing in the area. The saving of the Grand is important to the community as a focal point for the performing arts and entertainment to bring people back to their historic downtown area. Along with other new businesses the Grand is bringing new hope for a brighter future to all the residents and visitors and good memories for their children. 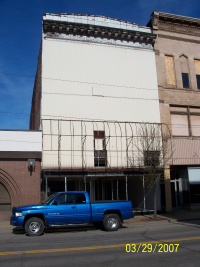 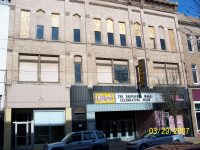 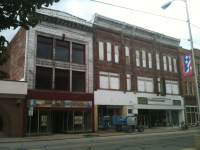 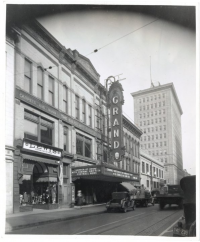