Fame and Horror in Hollywood! Join #HollywoodBadGuy, Summer Helene as she takes you to the #Darkside in Hollywood and find out how Felissa Rose made it big as a real life #ScreamQueen! So tune in and learn how you can take the dark road to #Hollywood!

Phoenix, AZ -- (SBWIRE) -- 08/29/2016 -- Felissa Rose is an American actress, known for her role as Angela Baker in the 1983 cult classic slasher film, Sleepaway Camp, which she reprised in the film Return to Sleepaway Camp which was written and directed by Sleepaway Camp creator Robert Hiltzik. Rose has been given the title "Scream Queen" because of her involvement and success within the "Horror" film genre. She has over 50 film credits in total over the span of her film career. A few major credits in her film career would include The Perfect House 2012, Silent Night, Zombie Night 2009. In 2016 she produced the music videos for the metal band Slayer.Early life: Born in Greenwich Village in Manhattan, New York City, Rose grew up in Woodbury on Long Island. 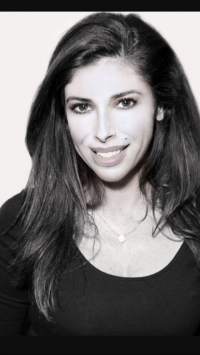