Los Angeles, CA -- (SBWIRE) -- 07/05/2012 -- At ten years old, most kids around that age often dream of being the next big music star, whom have always seemed to impacted youth while they are young with their what seems like glamorous 'rockstar' lifestyle.

Music celebrities, have fed our youth, and inspired them to be the next musical artist, that would carry fame and fortune. Painting the music world as fun and glamorous. In reflection, I think that it would only be fair to say the very famous, 'Rock Band Nichelback,' nailed it in their hit song 'Rock Star'.

So when Christina Reese, started what would become the new trio of talent known as 'Hangin' with Stogie,' at her very young age of ten years old; she probably had no idea she would set the stage for what would become a 'music sensation.' Adding other young talent to her quick rising sound with talented teens Megan Green, and Kylie Westerbeck.

Now the friendly trio, are off and running with a fresh, enjoyable sound that appeals to all audiences.

Their rising popularity, has now sent them on a journey highlighting them in interviews, on magazines, doing tours, and concerts creating a name that not only would spotlight their amazing pure, high energy, sound but, also create a new very refreshing mix of country, and pop, with a twist of rock designing their new generational musical mix that would become in high demand.

Though this amazing trio, have been compared to Taylor Swift, Dixie Chicks, Band Perry, Lady Antebellum Spain, and The Wreckers, you can be certain their sound is original yet contagious. Their down to earth personalities innocent yet talent, well beyond their years as grounded, focused, outgoing southern young ladies who are out to bring quality music to audiences everywhere. A refreshing change to other genres' of over popularized music.

These young ladies carry with them a great vocal sound, with very impressive instrumental talent for youth of their age creating the flavor that appeals to all age groups. A sounds that leaves audiences everywhere tapping their feet, clapping their hands, not mention singing along.

Already experiencing the rush of opening major shows for notable artist such as Pat Benatar, is an accomplishment worth the well deserved recognition of these southern belles. These new to the stage entertainers, are not just vocalist, they master their instruments adding to the excitement of seeing a live performance. Their stage presence is fresh, new, and professional placing them on top with those names already recognizable in the industry.

In celebration of the International CD' Release,' event party schedule July 12, at the 'Old Silk Mill'. The show will start at 7PM and run till 8PM. Doors will open at 6:30 and will be 'FREE” The CD' entitled 'Summer All Year Long” with their single 'It Ain't Me Babe.' Attending the concert CD' release in support of this amazing celebration will be Stephen Wrench, President, and Rhonda Wrench, Vice President, of Musik and Film. Hangin' with Stogie, signed to exclusive radio world-wide distribution with Musik, and Film and promotions with Musik radio Promotions. An extensive radio campaign will proceed following the release of “Summer All Year Long.” www.hanginwithstogie.com 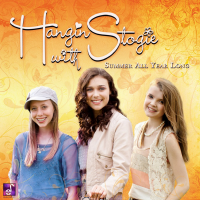