Teton Village, WY -- (SBWIRE) -- 12/20/2017 -- The California Department of Public Health (CDPH) just issued long-awaited recommendations to reduce microwave radiation exposures from cell phones, especially for children due to research showing that "long-term, high use may impact human health." The CDPH guidance was spurred by a lawsuit from Berkeley Professor Joel Moskowitz which revealed that CDPH scientists had drafted more than 27 versions of advice since 2008.

"Cell phones came on the market decades ago without safety testing because it was assumed that non-ionizing radiation could not cause cancer. However the scientific evidence is now clear and compelling, this type of radiation is harmful to our health, " stated Dr. Devra Davis, founder and President of Environmental Health Trust, a research nonprofit.

"California cited effects on sperm, memory, sleep and headaches. Most of the public is unaware that scientific studies have found damage to brain development from exposure to nonionizing radiation, specifically the microwaves from cell phones. More than a dozen nations have already made public recommendations to lower exposures to microwave radiating devices, especially for children. France released data this year confirming that when cell phones are used in direct contact with their body – the radiation into our bodies can exceed current regulatory limits," Davis added.

The new three-page CDPH guidance includes practical steps to reduce exposures to cell phone radiation, including keeping the phone away from the body, reducing cell phone use when the signal is weak, reducing the use of cell phones to stream videos and not sleeping with your cell phone.

"I hope California will expand their advice to include all of the other sources of this type of radiation in our everyday environment and offer practical solutions to decrease exposures in public places and the workplace," stated Dr. Davis commenting on the fact the newly published advisory focuses only on reducing radiation from cell phones, however early versions included specific recommendations for state employees to lower exposures to cordless phones as well as cell phones.

"This is a major victory for Californians as our government is admitting, despite industry attempting to silence them, that cell phones pose serious health risks. Had this advice not been suppressed for years, then Senator Leno's 2011 Right to Know Bill might have passed, and this would have changed the dynamics of the San Francisco and Berkeley Cell Phone Right To Know Bills, perhaps even leading to a domino effect nationwide. This vindicates what San Francisco, Berkeley and California were attempting. Consumers deserve the right to this information and we applaud the CDPH for releasing this valuable potentially lifesaving information," explained Ellen Marks of the California Brain Tumor Association who led a public demonstration outside of the CDPH offices in July, calling for public disclosure of health department warnings about wireless phones.

"A decade ago, Dr. Herberman and I concluded that sufficient scientific available evidence then justified instructing cancer patients to lessen exposure to cancer-promoting exposures to microwave radiation from cellphones. Evidence obtained since then only strengthens the case," stated Davis referring to the first draft of the CDPH cell phone guidance which lists the recommendations of the University of Pittsburgh Cancer Institute Center (UPCI) for Environmental Oncology. In 2008, the Cancer Institute made worldwide headlines when Dr. Ronald Herberman, Director of the Institute sent a memo advising all 3,000 UPCI faculty and staff to reduce microwave radiation exposures from cell and cordless phones.

The UPCI recommendations were the first from a major US medical institution and were based on recommendations from an international expert panel of prominent French physicians, Davis and Herberman and other scientists, many of whom remain active on the issue of cell phone radiation today, such as Dr. Annie Sasco, former Acting Chief of the Cancer Control Programme of the World Health Organization, David Carpenter, MD, Director, Institute for Health and the Environment, University of Albany, former Dean of the School of Public Health and Co-editor of the Bioinitiative Report. 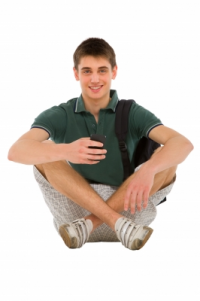