Danielle Delaney will have her father, Dr. Richard Allen Williams, the incoming President of the National Medical Association, as the guest on her show "The Real Deal with Danielle Delaney" airing live on May 10, 2016 at 2PM PT/5pm ET on Voiceamerica's Empowerment Channel.

Phoenix, AZ -- (SBWIRE) -- 05/09/2016 -- Dr. Richard Allen Williams will speak with Danielle Delaney about what it was like to be the very first black cardiology fellow at Harvard University and the obstacles that he had to overcome in coming from a background that did not have many of the advantages that a lot of people have today. He will also speak about his journey in exploring health care disparities.

About Danielle Delaney
Danielle Delaney is a Certified Crisis Counselor, specialist in addiction and recovery aftercare, rape crisis counselor, and a sober coach and Interventionist. She also specializes in the area of adults molested as children as well as GLBT issues and drug-assisted rape and survivors of domestic violence. She is the President and CEO of an international sober companioning corporation, Danielle Delaney Counseling, Inc., which provides nurses and companions to people who are discharged from inpatient facilities and sober living homes, so that they may have invaluable assistance in beginning their lives again with structure. Danielle maintains a private practice in Hollywood, California and works with crime survivors with the Sexual Assault Response Team (SART) for The City of Long Beach and works as a state certified court advocate. She is also a writer and is a contributor to numerous health journals including those for the Minority Health Institute, The Association of Black Cardiologists, and the National Medical Association, and has been filmed for a segment for the television series The Doctors. The County of Los Angeles Office of Protocol has hailed Danielle as a proven asset to the City and County of Los Angeles. Danielle holds a bachelor's degree in psychology from UCLA and has earned additional certifications at the Sexual Assault Crisis Agency in Orange County. As a survivor herself, she is uniquely qualified to understand and assist her clients.

About Richard Allen Williams
Richard Allen Williams, M.D., FACC, FAHA, FACP, President-Elect of the National Medical Association and Founder of the Association of Black Cardiologists (1974), is a cum laude honors graduate of Harvard University (1957). He subsequently attended the State University of New York Downstate Medical Center where he received the M.D. degree in 1962. He later performed a Cardiology fellowship at Brigham and Women's Hospital and Harvard Medical School where he subsequently joined the faculty. Dr. Williams has held positions as Chief of the Heart Station at the West Los Angeles VA Hospital, and Head of Cardiology at the same institution. At present he is Clinical Professor of Medicine at the UCLA School of Medicine (full Professor). He is also the Founder of the Minority Health Institute (1985).

Among his many publications are the seminal, landmark Textbook of Black Related Diseases (McGraw_Hill, 1975). His newest book is entitled Healthcare Disparities at the Crossroads with Healthcare Reform (Springer, 2011). Dr. Williams has received many honors including the Scroll of Merit from the National Medical Association, their highest award. He was given the Louis B. Russell, Jr. Memorial Award by the American Heart Association for outstanding service in the minority community. He also received the Lifetime Achievement Award from Harvard Medical School in 2004. He was the recipient of a Lifetime Achievement Award from the National Minority Quality Forum in 2009, and he was recently inducted into fellowship with the American College of Cardiology and the American Heart Association. He also received the International Distinguished Humanitarian Leadership Award at the United Nations from the National Council of Women of the United States in recognition of his global contributions in uplifting the health of people in other countries.

Dr. Williams is considered an international expert on hypertension, dyslipidemia, diabetes, obesity, heart failure, and sudden cardiac death. His most recent honor is from the American Heart Association from which he received the prestigious LifeSaver Award at the Heart Ball in New York City for his dedicated service in rescuing lives and improving health, especially for African Americans. He is the first black doctor to be given this honor.

About Voice America
The VoiceAmerica TM Network offers the latest conversations in a talk radio format, providing education, interaction, and advice on key issues live, on demand as well as through podcast download. If interested in hosting a talk show on VoiceAmerica Network, contact Jeff Spenard, President of Internet Radio at 480-294-6417 or at jeff.spenard@voiceamerica.com Contact Executive Producer Tacy Trump at 480-294-6421 for advertising / sponsorship or other show details. Listeners have an opportunity to suggest topics for discussion and as a result our show will always be relevant to you. 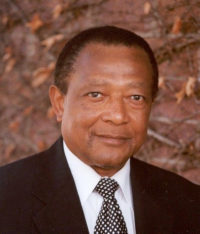 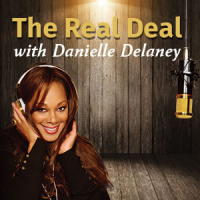