Phoenix, AZ -- (SBWIRE) -- 01/19/2017 -- David Perlmutter, MD, a four-time New York Times bestselling author will appear on Voice America's Health and Wellness Channel on the Show Occupy Health at 11 am PT January 20th, 2017. This show will replay at 11 PM PT. The secret to maintaining a healthy brain will be discussed.

About Dr. Perlmutter
Dr. Perlmutter is a Board-Certified Neurologist, Fellow of the American College of Nutrition. He received his M.D. degree from the University of Miami School of Medicine. He has published extensively in peer reviewed scientific journals and is a frequent lecturer at medical symposia. He has been interviewed on many nationally syndicated television programs including 20/20, Larry King Live, CNN, Fox News, Fox and Friends, The Today Show, Oprah, The dr. Oz Show and the CBS Early Show.

Dr. Perlmutter's books have been published in 28 languages and include Grain Brain, The Surprising Truth about Wheat, Carbs and sugar, with over 1 million copies in print. Other New York Times bestsellers include Brain Maker, The Grain brain Cookbook, and his most recent book, The Brain brain Whole life Plan (November 2016). 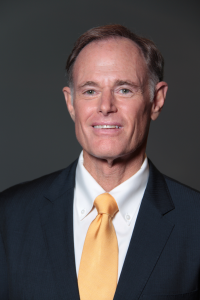