Stuart Thompson is the owner of Viseum UK. He reflects that Britain has more surveillance cameras per capita than virtually anywhere else in the world. Yet he laments, that instead of creating the omniscient "Machine" - a crime-fighting system, featured in CBS series "Person of Interest"- Britain's conventional CCTV cameras swamp thousands of expensive police & video surveillance operators with information that overloads them and arguably infringes privacy. Thompson says:

"Conventional CCTV (if working and pointing in the right direction) only overloads operators with imagery. Crimes can be hidden in a sea of routine activity, or masked by more interesting, even prurient video surveillance footage..... Discerning suspicious and potentially harmful indicators within a sea of mundane and innocent routine is thus a needle-in-the-haystack task that human beings are exceptionally bad at. In an increasingly litigious society - no one wants a missed or badly-handled local event to play out in court with strategic risks for resource, reputation and revenue"

However the London inventor says his computer-automated CCTV system is optimised for anywhere human beings live and work. Viseum's Intelligent Moving Camera (IMC) is controlled by video surveillance software called intelligent Virtual Operator Software (iVOS). The system will passively gaze across a 360 degree panorama, until it senses trouble, at which point IMC autonomously uses a pan tilt zoom lens to take a closer look and track suspicious activity out to extreme distances. These smart systems can recognize and track a troublemaker, or terror suspect - with far greater reliability than any human CCTV operator.

The system quickly learns its surroundings and records, but ignores "normal" activity. Crucially, Viseum say that footage of routine events largely stays within the camera unit and tends to be wiped - unseen by a human. Only when iVOS detects potentially suspicious or dangerous activity, will a human operator in a central control room, be alerted and shown edited replay of what iVOS spotted. While the operator alerts the authorities, emergency services or security patrols, iVOS automatically fires into evidence collection mode - using the moving camera to capture forensic quality images of what is going on and who is involved.

Viseum's technology is used by several major UK police forces and town councils including London - with a positive impact upon crime and anti-social behaviour. In addition to crime-busting on US streets & malls, Viseum say they could significantly enhance Homeland Security in busy cities, ports, transport hubs and at national borders. Viseum technology could counter public disorder, riots and street crime, whilst unobtrusively safeguarding school and college kids or elderly, vulnerable citizens and patients.

Viseum's technicians and security experts were recently invited to visit the GovSec West expo in Dallas, by their colleagues at American Monitoring Advancements (AMA) of Plano TX. Says Thompson:

"The UK and USA have remarkably similar security concerns. As beacons of democracy and opportunity, we attract illegal immigrants, international criminals and violent extremists. We also face home-grown challenges on our streets, ranging from anti-social behaviour, criminality, assault, radicalized citizens and even public disorder. Countering these threats whilst protecting personal freedoms, is not easy. Manned guarding is a notoriously expensive and unreliable option, especially over large areas with numerous entrances. Police or Security patrols can't be everywhere at once and conventional CCTV cranks a high tension between prudent surveillance and public privacy."

Viseum's Find, Fix, Follow (F3) capability uses behavioural algorithms, plus face, person and vehicle number plate recognition technology, to spot and track a perpetrator or suspect wherever they go within the Viseum network. And Viseum iVOS is just as adept at spotting a suspiciously abandoned holdall, agitated behaviour, a neglected patient, or a harassed lone female late at night. However, should there be nothing untoward going on, then the images stay within the system's hard-drive to be recorded over at a specified point. They explain:

"We designed our Intelligent Moving Cameras and iVOS to be virtual Guardian Angels, benignly over-watching our daily lives, but ready to intervene should we be threatened. The technology is therefore also perfect for discrete protection of schools, campuses, hospitals and care homes."

Viseum met a wide range of US security professionals. Sheriff and police department chiefs, heads of campus security, gated communities, care home owners and Homeland Security & military experts were all impressed by the technology. Each also faced the problem of attempting to identify unusual, harmful or suspicious activity in a busy space -where an incident might later play out in court with strategic impacts upon reputation. Thompson reassures:

"Whether it's a Navy Yard / Boston Bombing scenario, mere anti-social behaviour by disaffected youths, a mugging, or a confused patient wandering off from hospital - we offer security practitioners a perfect and continuous awareness of their area of responsibility. We achieve this without draining their resources through hundreds of CCTV cameras, expensive infrastructure and valuable monitoring staff. Viseum offers automated instantaneous forensic analysis of a previously unknown perpetrator's movements before and after the event. We present patrols, incident commanders and judiciary with an unbroken golden thread of video surveillance evidence, about what is happening and who is involved.

Viseum CCTV optimises and supplements human response to security incidents freeing up people to do what they do best: interact with other people. It can also offer further savings in terms of security architecture support costs and loss prevention. Intelligent cameras can be configured to passively monitor close-quarters in a hospital room, scan airports and survey an area the size of an Olympic Park. Watching over busy places, with 360-degree coverage, the Viseum Intelligent Moving Camera and iVOS never blink, never get tired, look in the wrong direction or become distracted. 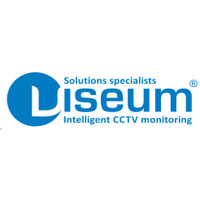