Manchester, UK -- (SBWIRE) -- 07/05/2012 -- Court proceedings have been commenced in the High Court as more than 100 holidaymakers fight for compensation following a prolonged and devastating illness at the Holiday Village resort of Sarigerme, Turkey.

The holidaymakers are seeking substantial compensation from the tour operator, First Choice Holidays, after falling victim to bacterial and parasitic infections during breaks at the all-inclusive holiday resort.

Nick Harris, Head of Holiday and Travel Law at the firm said: “It is disappointing that First Choice decided to deny any responsibility for the episode that has led to this action."

"Of the people I am representing more than half are children of whom some are still suffering illness symptoms stemming back to their time at the Holiday Village Turkey in Sarigerme." said Nick.

Nick also went on to say: "I am surprised by the stance First Choice has taken as we have negotiated settlements for holidaymakers who were similarly taken ill at the Turkey Holiday Village during 2010 and 2011 whilst at this now notorious resort."

Nick is determined to do all he can to secure compensation for the families and commented: “In many cases the families I represent contracted Salmonella food poisoning and the parasitic infection Cryptosporidium. In essence this can be summed up by saying they ate food that was unfit for human consumption and came into contact with water contaminated by faeces."

Before travelling to the Holiday Village in Turkey the families were fit and healthy. Within a short time of being accommodated at the resort they were suffering debilitating bouts of diarrhoea and stomach cramps and being treated by intravenous drips and anti-biotics.

Nick added: “The general consensus is that the Holiday Village in Turkey was too big and consequently impossible for reasonable hygiene practices to be sustained throughout the summer when the resort was accommodating up to 4000 guests."

It is notable that after being condemned on BBC1’s television programme, Watchdog, one of the first steps taken by First Choice was to split the resort in two.

The Salmonella and Cryptosporidium infections are preventable. The sheer number of infected guests at the hotel and the staggering history of illness at this resort are matters that only First Choice will be able to reconcile Nick Harris believes.

Simple measures reduce food poisoning abroad. Too often we hear accounts of wild birds contaminating dining areas, food being served lukewarm, food being reused or reheated. It is simply unacceptable and increases the risk of bacterial contamination ten-fold – especially in countries where there is a warm climate that bacterium such as Salmonella thrives upon.

This is not the only incidence of illness at First Choice’s family all-inclusive Holiday Village resorts that Simpson Millar Solicitors have helped holidaymakers to win compensation.

Recently the firm won compensation for 105 victims of illness following a sickness outbreak at the Coral Sea Holiday Village in the Red Sea resort of Sharm El Sheikh, Egypt.

The firm also won compensation for victims of an illness outbreak at the Rhodes Holiday Village, which included a case of Legionnaires Disease for which First Choice Holidays admitted it was liable.

Other notable cases involved the Holiday Village Costa Del Sol in Spain where a large group of holidaymakers received substantial compensation after falling sick with the Cryptosporidium bug.

About Simpson Millar LLP Solicitors
Simpson Millar LLP Solicitors is a national law firm with an enviable reputation for successful holiday compensation claims. With Holiday Compensation Claims Solicitors and offices in Birmingham, Bristol, Cardiff, Gateshead, Leeds, London, Manchester and Wimbledon you get the full support of a team of dedicated and highly skilled Holiday Claims Lawyers. 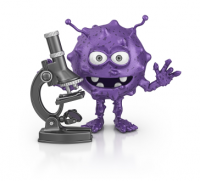