As I Am Records’ releases its first single from internationally acclaimed artist; portion of album proceeds to support The Homeless Voice

Plantation, FL -- (SBWIRE) -- 03/26/2012 -- Independent record label http://www.asiamrecords.com today announced the release of a new single, “99%,” from internationally acclaimed hip hop artist Absoloot. The single is part of his new four-track EP, “Our Way,” which is slated for release on March 23, 2012. The highly anticipated “Our Way” marks Absoloot’s third studio release since 2006.

The powerfully relevant and current track “99%” is an emotional outpouring written and conceived by Absoloot in the heart of the Occupy Movement that’s recently taken the United States by storm. Through his lyrics, Absoloot demonstrates his support and shows solidarity for the majority of people not in the 1 percent, who are cornered by lack, corruption and misuse of power by politicians and leaders misrepresenting the people and leaving the remaining 99 percent to struggle. The single features themes about the troubled economy and how the majority of people struggle to survive.

“I will always stay true to myself, my music and my fans, and this album continues to be a reflection of that mission,” Absoloot said of “Our Voice.” “My form of art is such an emotional release for me that I will always say what I'm feeling at the time. With my music you can always tell where I am and “99%” represents how I feel about what’s going on in the world and that we need to stand together against greed, corruption and false power.”

Absoloot has dedicated his hip hop career to making a positive difference through his music and he brings that commitment to his latest album. A portion of the proceeds from sales of album tracks are being donated to help combat homelessness through the South Florida-based The Homeless Voice (http://homelessvoice.org/).

Absoloot’s previous studio recordings include the acclaimed 2006 “Absoloot Raw” and 2009’s “My Way.” His sound blends old school hip hop with instrumentals and jazz elements, and lyrics that are deep, pervasive and truthful. His style has no boundaries and crosses all borders, and is easily accepted by any nationality, race or age.

Absoloot’s single “99%” is currently available anywhere music can be purchased through download including iTunes, cdbaby, Amazon.com.

About ABSOLOOT
Absoloot uses intelligent lyrical content and live instruments to attract listeners and offers them a deeper message than the prescribed money and cars routine implemented by many rappers within the vein. Absoloot’s catalogue and gives listeners a refined brand of hip hop that is intelligent and complete with old and new school style. For more on Absoloot and his latest album, find him on Facebook (facebook.com/absoloot), Twitter (twitter.com/absoloot) and Absoloot's website www.absolootnow.com. For booking information, visit his website.

About AS I AM RECORDS
As I Am Records was founded in January 2012 by Ramon Robinson to promote the work of independent artists such as Absoloot and others seeking to bring their music and voice to the market. As I Am Records seeks talent that is fresh, pervasive and has a message to tell. For more information, visit http://www.asiamrecords.com. 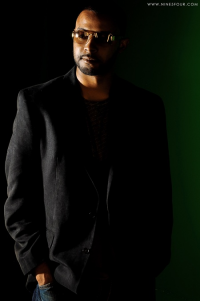