Mr. Flint’s new album features a thought provoking song dedicated to overweight ladies. The music video reminds women that they are all beautiful irrespective of their size and shape.

Brooklyn, NY -- (SBWIRE) -- 08/20/2013 -- Lee “Mr. Flint” Fagbemi is a Brooklyn based Hip Hop recording artist with a positive message for bigger-than-average women. His new music video “The Bigger They Are” salutes large, sexy, beautiful women and encourages people to accept and appreciate women of all shapes and sizes. The video and song is fast becoming a hit on YouTube and amongst groups battling discrimination against overweight people. The music video features Mr. Flint singing about the beauty of larger women as several glamorous, good-looking large ladies confidently dance to the catchy song.

“I dedicate this track to all plus sized women to remind them that they are beautiful and sexy inside and out. People must understand that beauty comes in all shapes, sizes and colors, instead of sticking to one clichéd idea that skinny is sexy. I want them to know that they are attractive and gorgeous”, says Lee “Mr. Flint” Fagbemi.

Lee Fagbemi was born in Brooklyn, N.Y. and raised in Nigeria where he developed deep roots in music and a passion for sharing his truth and fighting discrimination. He understands the challenges that come with being “different” on a personal level. Lee met with an auto accident in the nineties that left him confined to a wheelchair. Despite his disability Lee pursued his music dreams and ambitions. He encourages others to do the same. “I had an accident and now I am in a wheelchair. This has not stopped or slowed down my love of music,” said Fagbemi.

Lee “Mr. Flint” Fagbemi is due to release his new album called “I Am What I Am” which has a vibrant African influence. “I Am What I Am” is all about Lee’s everyday struggle as a disabled paraplegic. The aim of the album is to fight discrimination against people who are different—especially plus sized women who are judged negatively for being large.

“Being overweight must never sabotage a person’s career, goals and love life. It’s time to celebrate the heart and brains behind the curves,” says Lee “Mr. Flint” Fagbemi about his new track “The Bigger They Are.”

A talented artist and humanitarian, Mr. Flint’s message of acceptance is resonating with music fans across many genres. He is a champion in the fight against discrimination and a stellar example of living life with tolerance. Lee plans to launch an entire movement to empower the plus-sized community Worldwide, starting in the U.S. and Africa. His EP “I Am What I Am” is slated for a fall 2013 release and is expected to win excellent reviews.

About Lee “Mr. Flint” Fagbemi
Lee “Mr. Flint” Fagbemi is a solo Hip Hop recording artist. Lee was born in Brooklyn, NY with Nigerian roots, but was raised in Nigeria. According to Lee his parents wanted him to learn the Nigerian culture. Lee left the United States at the age of 8 and returned to the United States to further his education. Lee Fagbemi’s passion for music led him to start a 5 man Pop Band called “The Mende Boys.” Upon returning to the United States from Nigeria; He started a rap mega group called the Kingpinz FAM. The Kingpinz FAM was the umbrella group similar to the WU-TANG clan. Accordingly, Kingpinz FAM had different solo artists who could hold their own in the hip-hop game as individual recording artists. Lee is currently a solo musician popular with Dance Hip Hop and Freestyle Hip Pop genres.

Additionally, Lee Fagbemi is the founder of Second Chance in life foundation. The foundation is focused on advancing and promoting equality in all aspects of life for people with disparate disabilities.

Lastly, Lee Fagbemi is the founder of http://kurvyplus.com. Kurvy Plus is a clothing line aimed at promoting fashion for the plus size ladies. 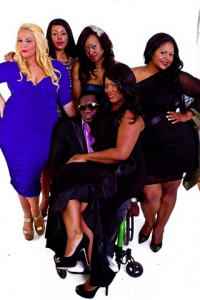