How a Local Business Goes Global: CostaRicaFlores.com Named Small Business of the Month After National IT Award Win

New York, NY -- (SBWIRE) -- 01/24/2014 -- In 2006, Flor del Este, a flower delivery business in downtown San Jose, Costa Rica, found itself in a declining market for its local business due to both demographic and traffic infrastructure changes in its local area. The small business’ owner Lorena Delgado considered exploring online marketing to promote sales to people wishing to send flowers to Costa Rica, but had very limited resources and many concerns about whether it would help her reach enough new customers in order to be a financially feasible option. On the positive side, she had accumulated over the years good information on her company’s product and service costs, and was aware that San Jose was at the very center of the leading IT exporting nation in all of Latin America. With that information in hand, and alarmed at an outlook that predicted even greater declines in revenues ahead, she decided to take a leap-of-faith and seek out professional web marketing help for her business.

Delgado quickly located the firm MiWeb (formerly InterNexo), a well-established, leading firm in web marketing and development. Paul Fervoy, CEO and co-founder of MiWeb, proposed a service for Flor del Este that included developing an online presence, marketing the e-commerce website and providing digital analytics. His team would work in short iterations, using Google Analytics to continually evaluate its hypothesis, and its return on investment (ROI), as well as to determine next steps for each phase. Now, after some seven years of this iterative ‘test-and-prove’ process, Flor del Este has seen 80 straight months of continued growth and Return on Marketing Investment (ROMI) for its website www.CostaRicaFlores.com. The project went on to win the "Honorable Mention" in the "Best IT Solution" category of the national Costa Rican IT awards (CAMTIC) in October of 2013 and in January of 2014 was named Small Business of the Month by ITNow Magazine.

Lead MiWeb Strategist Paul Fervoy recounted that his team began at the end of 2006 by developing a pilot project with a simple web presence and e-commerce solution: online ordering for the Christmas holiday. “We set up Analytics and began with pay-per click (PPC) marketing in Adwords. This initial test allowed us the opportunity to validate for the client that it was possible to use PPC to attract consumers in the Costa Rica market and the new orders the store received validated that consumers were looking for options and willing to order online.” For Valentine’s Day 2007 his team then released a full e-commerce solution, built on a Joomla CMS with Virtuemart Ecommerce extensions, and including a shopping cart and online payment system. “We used the pilot project Google Analytics (GA) results to estimate a PPC budget for the Valentine’s Day campaign. Each holiday since then, we use the past seasons’ GA traffic and sales patterns to estimate the holiday campaign budget as well as the optimal start and end dates.” He clarified: “For example, we thought initially that we would need to start Valentine’s Day PPC spending 2 weeks before the holiday but now know that the optimal spend begins four or five days before and increases each day up until and including the holiday. Last minute shopping online for flower arrangements is an excellent opportunity for PPC” said Fervoy.

The MiWeb team were able to discover through a Goal Funnel they’d identified within the purchase funnel that customers most frequently abandoned the CostaRicaFlores.com shopping process at two steps: the delivery cost step and the credit card payment step. The team reviewed these steps and presented their findings to their client Delgado. Based on this, the delivery costs were re-assessed, and the website’s payment screen was modified to allow clients the option to complete their order by phone, thus providing an option for customers that were unwilling to enter credit card information online. “We also added more information about the business, its physical location and telephone numbers elsewhere on the site in order to increase consumer trust in the vendor” Fervoy noted.

Ultimately, the MiWeb team discovered through Analytics that there were international markets that were interested in buying CostaRicaFlores.com flowers for delivery to their loved ones in Costa Rica. They also learned that the international market offered an even better return on advertising spend (ROAS). This was a discovery that prompted them to create an English-language version of the site for CostaRicaFlores.com which allowed it better Adwords targeting. Presently, about 40% of the company’s sales are to the non-Costa Rica market. Fervoy relayed further that “we learned through Site Search, for example, about interest in flower arrangements consisting of tulips. Today, the flower shop promotes several tulip products and has found this to be a unique and distinguishing product line for the store. We have also discovered through connecting the Google Analytics to Webmasters Tools in the Queries reporting that there are special occasions for which consumers search for flower arrangements and Costa Rica flower delivery that were not previously being offered by the flower shop and now are being offered.” Centerpieces was found to be an example of this as well as arrangements for children’s birthday parties.

Further, the team was able to learn through their use of Analytics that Mobile consumer traffic has been growing rapidly in Costa Rica but that the current site for this client was performing less effectively as a sales channel on mobile devices. They are in the process of now of redesigning the company’s mobile experience. Fervoy highlighted that in 2007, the first year of operation, the return on marketing investment (ROMI) was $4.32 (each $1 of online marketing generated $4.32 in earnings). Since then, over the past 80 months work optimizing the Flor del Este client’s CostaRicaFlores.com web presence, the average ROMI has ascended to $6.80. During the past 12 months, the ROMI now stands at $10.07.

At the close of 2013, this was truly a story with a happy ending - or, rather, a happily continuing one. IT provider MiWeb can report that the actions that impacted the Flor del Este business online are primarily due to improvements in the user experience during the purchase process including the English-language interface and telephone support, better and more targeted investment in pay-per-click (PPC) marketing, and by providing feedback to the client regarding consumer search trends and product ideas. MiWeb CEO Paul Fervoy and his experienced team have recommended that the Flor del Este business take actions to improve the experience for mobile shoppers. In particular, they point out that although mobile traffic has grown rapidly over the past couple of years, the e-commerce conversion rate on CostaRicaFlores.com for mobile devices is only a third of those of desktop and tablet devices due to the fact that the site is not responsive to the mobile screen and the shopping experience is therefore not as compelling or easy to use. Together, Flor del Este and Fervoy’s team at MiWeb are ringing in January of 2014 by assisting the business in enabling a mobile-friendly shopping experience, and capturing even greater results.

“For us at MiWeb the tool that really made this possible for a small business were the open source tools that allowed us to develop a cost-effective website and e-commerce option for them” says Fervoy in summary. “There were implementation costs but no on-going licensing costs. We implemented Google Analytics that allows us to measure the e-commerce results. Together with Google Adwords we can measure online marketing costs and together then we can determine the return on marketing investment. Every time we spend a dollar in online marketing we can determine the sales and earnings results of this marketing spend. This ability to analyze the return on marketing investment allowed us to identify good marketing channels and invest with confidence that we were going to continuously deliver really good results for their business.”

“We are like a small global business” says Flor del Este owner Lorena Delgado. “We are a small local Costa Rican business but with a global reach now. There are clients from Asia, Central and Latin America - Peru, Mexico, Brazil - that order from us.”

About MiWeb
MiWeb began 17 years ago as InterNexo in Costa Rica, and then as Northern Pike in North America. Its clients include businesses of a variety of sizes, as well as non-profit organizations, educational institutions and government agencies, in the United States as well as throughout Central America. The MiWeb team combines technology, business intelligence and online marketing expertise across the areas of e-business strategy, software engineering & web-based applications, web site & infrastructure development, web marketing & analytics. The company’s focus on quality assurance and the continuous improvement of its internal procedures led to its ISO 9001:2000 certification in 2004. The company was awarded the World Bank's InfoDev Prize for one of the world’s ten best web projects for MetaBase.net, and PBS Television's WebLab Prize for the year’s most innovative ideas for the web. The company’s CEO and its Director of Web Design & Development have each been named among the ‘40 Under 40 Most Influential’ people in the country by El Financiero Newspaper in recent years. This year, the company also won the Costa Rica national IT prize in the Environmental Excellence category (Verde e Inteligente) for PLATICAR.go.cr, a government platform for technology transfer in the agriculture sector. The company developed this project under contract with the government agency INTA utilizing open source software solutions. The project will now go on to compete in internationally.

About Flor del Este
For over 20 years, Flor del Este has offered its floral service to customers seeking to send flowers to their loved ones, inside or outside of Costa Rica. Simply by surfing the Web, customers can easily submit their tokens of friendship, affection, love and solidarity through the language of flowers.

About CAMTIC
The Chamber of Information and Communication Technology (CAMTIC) is a private nonprofit business association. Its activities began in 1993, when a group of 15 businessmen founded the Association for the Protection of Computer Programs (APPI). Since then, CAMTIC’s development in the field of digital technologies has enabled it to become a leader in the sector’s decision-making, both nationally and internationally. EMF and CAMTIC - Chamber of ICT of Costa Rica collaborate in their respective awards to honour excellent companies in ICT. Applicants to the Costa Rica prizes become applicants to EMF's Seal of e-Excellence. This collaboration widens the outreach of both awards and contributes to potential "internationalisation" of enterprises in both regions. 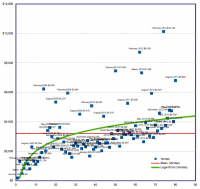