How Can the Government Address the Hapless Global Employment Trends?

Amidst positive signs of economic recovery in advanced economies, there is still a growing gap in the global labor market. How can the government strategize job-friendly macroeconomic and labor market policies to sustain employment requirements and create more and better jobs in parallel with the recovering economies?

Anoka, MN -- (SBWIRE) -- 05/28/2014 -- The bumpy economic upturn and years of consecutive downward reforms in economic growth projections have had an effect on the worldwide employment condition. In 2013, there are approximately 202 million unemployed people globally which is a five million increase in unemployment incidence as compared to 2012. This is a sad reality that employment opportunities, all across the globe, are not enough to keep up with the expanding labor force.

In a study conducted by the International Labor Organization, it was identified that 45% of the insufficient employment opportunities came from East Asia and South Asia regions, followed by Sub-Saharan Africa and Europe. Impressively, Latin America contributed only 1% of the global unemployment rate for 2013. Evidently, the gap between the number of job seekers versus the available employment opportunities continuously widens. This problem started during the financial crisis in 2008 and is overwhelmingly increasing year after year. As of last year, there is a total of 32 million additional jobseekers. Surprisingly, there are still a number of people who lost confidence in looking for jobs (23 million) and those who are financially incapable and chose not to work at all (7 million).

Based on the current situation of unemployment in the world, it is projected that by 2018, there would be more than 215 jobless people who will need to get a job, with only 40 million job opportunities being created each year. This weak job creation is unhealthy for the labor market even when the economy is set to improve as employment constitutes a substantial weight for the public takings obliging the government to raise taxes or curtail expenditures. Another factor that why longer periods of unemployment is detrimental is because talents who are having a hard time securing jobs and are being discouraged eventually, will inevitably lose the skills that they have acquired which is another factor why finding for alternative employment even at the same skill or competency level would be hard in the long run.

A more rapid revival in the global markets is held back by a shortfall of cumulative demand. Economic consolidation in this respect is presently happening in many advanced countries and comprises a haul on a quicker output growth. ILO’s studies concluded that if macroeconomic policies and increased labor wages would be in equilibrium, it would significantly improve the overall employment in the world.

Greater attention to labor market and social policies would be another resolution. Active labor market policies should address inactivity and skills mismatch issues. Based on economic estimates, bringing up government spending to 1.2% of GDP (gross domestic product) like those of the countries which have greater spending on active labor market policies, it is projected to have an additional 3.9 million jobs that would be created in the developed economies.

About Elite Job Finder
Elite Job finder has access to over 5 million jobs which makes it ideal for job seekers. Elite Job Finder is not only for job seekers but for employers as well. Employers only need to provide the data that specifies the job criteria. With just a few clicks, they are presented with a list of candidates who match their requirements. It eliminates the need to have a big HR department to screen large number of candidates. They do not have to interview hundreds of applicants to find employees for a dozen posts. The list of matching candidates makes it easier to hire right the employees quickly and easily. It is especially beneficial for employers who have to recruit new employees on short notice. 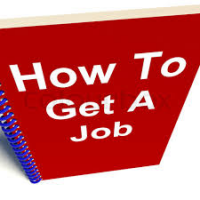 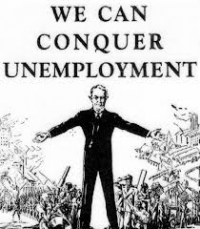