How Not to Backslide: Powerful Book Helps New Converts Navigate Around Devil's 'Trickery' and Complete Their Heavenly Journey

Written by Blanche A. Drayton-Robinson, ‘How Not to Backslide: In 30 Days or Less’ is a much-needed guide for those new to Christianity, who don’t want to fall prey to the trials and tests Satan will bring to them. Fusing heartfelt personal experience with years of praying for lost souls, Robinson’s compelling wisdom will help anyone of faith stay on track, remain true to the Lord and ultimately triumph on their Christian walk.

Buffalo, NY -- (SBWIRE) -- 05/23/2014 -- While converting to Christianity or picking up faith after a hiatus may appear to be easy, Blanche A. Drayton-Robinson knows that it’s a sometimes-troubling journey fought with many tests, trials and temptations from Satan. Having emerged from this journey victoriously and witnessed hundreds of others share similar struggles along the way; Robinson has recently released a book that will keep anyone on the Lord’s path.

‘How Now to Backslide: In 30 Days or Less’ gives New Converts a model and framework to guide, all while offering prior warning and avoidance strategies for many of the Devil’s tactics.

Synopsis:
This self-help, God-guided book is written with insights into the Devil's evil trickery and tactics he uses to deter or prevent every born-again believer from completing the Heaven journey they have begun or will embark upon.

It reveals many scenarios he uses against the newly saved to make them think it's better to give up than to continue the path they've started on.

The insights will definitely help give strength and determination to each believer to be able to walk victoriously in their Christ-like NEW life.

“Transitioning to a new creation is both unique and challenging. While it may first appear easy, struggles will eventually present themselves and the key is to continually strengthen one’s faith while walking only alongside the Lord – not against him. I reveal the Devil’s tactics so that New Converts can prepare, taking the guesswork out of staying on track,” says Robinson.

Continuing, “We must be prepared for the expected – and the unexpected, which is why I have written this book to be something of a ‘battle guide’ for the Christian soldier who wants to win the war against Satan and his schemes. Accepting Christ into your life is the first step of this journey, but will almost always bring adversity with it. Follow the steps outlined in my book – will show you your best weapons.”

Robinson wrote the book after witnessing many friends and acquaintances backslide in their faith.

“I prayed so hard for these lost souls, only to see them repent and go back to their old ways. This was extremely troubling to me and I came to the conclusion that more direct action was required. After more praying and prolonged fasting, the Lord inspired me to write this book,” she adds.

‘How Now to Backslide: In 30 Days or Less’, published by Xulon Press, is available now: http://amzn.to/TpKoaq.

About Blanche A. Drayton-Robinson
Blanche A. Drayton-Robinson a native South Carolinian, is the daughter of the long-time Pastor, the late Rev. Fred Drayton, Sr. and the late Mrs. Richardine W. Drayton, and is the tenth of eleven children. She’s the wife of Douglas Robinson and mother of their three children, Jamal, Sharif and Cookie. She’s a proud grandmother of six grandchildren and thanks God for their mothers.

Her top priority is to spread the Gospel of Jesus Christ, which she has been doing with dedicated passion and service the past 37 years, being empowered by the Holy Spirit. She’s an innovator of Christian programs and looks for opportunities to bring glory to God in unusual ways. She has an extreme desire to see the lost come to the saving grace of Jesus Christ. She has been Pastor of Generation Of Faith Y.O.U.T.H. Ministries in Buffalo, N.Y., for six years, along with her husband Douglas. Their mission is found in the Word: “The Lord is not slack concerning His promises, as some men count slackness: but is longsuffering to usward, not willing that any should perish, but that ALL should come to repentance.” 2 Peter 3:9. 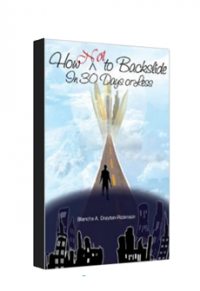