How One Massive Drought Has Made Californians Find a Green Substitute

California is in a type of drought hell, and it’s been in that state for three years now.

Anaheim, CA -- (SBWIRE) -- 10/16/2014 -- The West-Coast drought has been occurring for even more years, but effects have been seen in grandiose amounts in recent times. From wildfires to agricultural shortcomings to water shortages, things have been dire in The Golden State.

In the past century, Californians have rarely seen a drought such as this — often referred to as a ‘megadrought.’ This means that the droughts are much bigger in size and scope, lasting for over a decade or longer.

Mark Svoboda, a climatologist at the National Drought Mitigation Center in Lincoln, Nebraska, was quoted in “USA Today” as saying, “The nature of the beast is that drought is cyclical, and these long periods of drought have been commonplace in the past. We are simply much more vulnerable today than at any time in the past. People can't just pick up and leave to the degree they did in the past."

This poses concerns for both people and the environment. When a drought or a megadrought occurs, as is noted in terms of the perils of the western United States, environmental factors force people to live a certain way — perhaps a way that they never envisioned or that makes them reconsider methodologies as to how to properly take care of themselves, their possessions and their surroundings.

A big issue that has resulted from the drought has been water, or the lack thereof. With so little precipitation occurring in California in the first place, water has always been a commodity that is used to wash cars and treat lawns. But as more people use water in a time when none falls from the sky, a catch-22 comes to fruition: does one pay more for water or do they go in a different direction altogether with their home maintenance?

Angela Fritz of “The Washington Post” reported that scientists estimate 63 trillion gallons of water have been lost in the past 18 months. That is a lot of wasted water if only it was there in the first place. California Governor Jerry Brown issued a state of emergency for the region, which has spurred possible rebate opportunities and the like for homeowners and businesses who use less water.

Another way to save money is to get rid of your grass altogether and switch to synthetic turf.

As “San Francisco Gate” reported, a man in Lafayette had 2,500 square feet of grass festering at his abode. As the drought continued and the grass died, he decided that he had had enough and decided to kill his entire lawn, once and for all. As more fines and regulations on water usage increase, people are saying goodbye to their grass.

Artificial grass makes sense in this equation: install it and remove the hassle of expensive bills and the possible accumulation of fines. Nobody knows when it will rain next, and if it does, how long will it last? Experts have said that this has been California’s worst three-year drought with no precipitation in 119 years.

Things can actually get worse from this point. "If California suffered something like a multi-decade drought," University of Arizona climate scientist Gregg Garfin said to “USA Today,” "the best-case scenario would be some combination of conservation, technological improvements (such as desalinization plants), multi-state cooperation on the drought, economic-based water transfers from agriculture to urban areas and other advancements of that sort to get humans through the drought.

"But there would be consequences for ecosystems and agriculture.” While the scientists and climatologists and other experts devise plans on how to embattle such environmental and atmospheric issues, people can switch to turf and find that there is no need for irrigation. It is instant gratification in the form of money saved, all while simultaneously making your lawn look like the best spot on your block.

In a literal state of unknowns, it makes sense to look for alternatives — and that is turf. 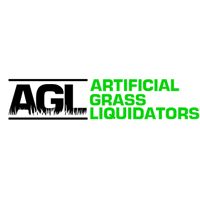