Should Irritable Bowel Syndrome Be Ridiculed

Does IBS research deserve disdain? Not if you’re one of the 15-20% of Americans affected by this chronic, incurable disorder.

Does IBS research deserve such disdain? Not if you’re one of the 15-20% of Americans affected by this chronic, incurable disorder, marked by diarrhea, constipation, abdominal pain, and bloating. IBS plagues not just military women and men – it is the single greatest chronic health problem in America. IBS affects more people than asthma, diabetes, and depression combined.

What IBS patients need least is mockery. What they need most is knowledge. Heather’s Tummy Care, a company dedicated to serving people with IBS, is competing for a $25,000 Fedex Small Business grant to fund education, support, and help that that allows people with Irritable Bowel Syndrome to successfully manage their symptoms through simple, safe and effective lifestyle changes.

Information is an IBS patient’s greatest weapon against both the disorder itself and the all-too-typical disparaging attitude that Gates epitomizes. Heather’s Tummy Care directly serves IBS sufferers dealing with this debilitating condition, which requires daily maintenance to manage symptoms. Our goal is to reach every person possible who is suffering in silence, and let them know they are not alone.

IBS patients repeatedly report having their symptoms diminished or outright dismissed by their families, employers, and even their own physicians. The most common refrain they hear is that IBS is “all in their heads”, IBS is “not serious”, and that there’s nothing that can be done for them so they should just “learn to live with it.” This type of denigration (we’re looking at you, Secretary Gates) has catastrophic results.

Other costs of IBS are measured not just in currency but in lives. In 2004 the American Gastroenterological Association reported that 38% of IBS patients in one study had contemplated suicide because of their symptoms. Hopelessness due to symptom severity, interference with life, and inadequacy of treatment were highlighted as crucial issues for all IBS patients. This made it tragically clear ten years ago that a significant number of IBS patients cannot “just live with it.”

Now, a full decade later, the former Secretary of Defense has shown just how little progress has been made in attitudes towards IBS patients, by ridiculing efforts to fund desperately needed research.

If you’d like to see $25,000 spent on IBS education, and take a stand against the mockery of IBS patients, cast your vote for the Heather’s Tummy Care IBS grant today. 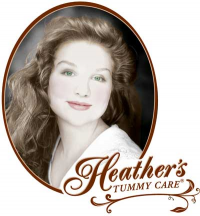