ICANN's Significance in Geopolitics: Will Its Current Model Eventually Diminish the Power of State Controls and Intergovernmental Groups over Communication and Information?

The Internet Corporation for Assigned Names and Numbers (ICANN) is now in the face of being a focal point of internet governance debates. With the current model of internet governance, will there ever come a time when the multistakeholder-driven culture be replaced with the member states merely determining internet policies?

Aliso Viejo, CA -- (SBWIRE) -- 06/09/2014 -- There is but a deeper sense of argument on the issues surrounding internet governance on freedom of expression, privacy, trade, cyber security, and autonomy. Controversies arose out of the expose of how US government conducted scrutiny over foreign leaders.

ICANN(Internet Corporation for Assigned Names and Numbers), a private non-profit organization that manages worldwide Domain Name System (DNS) which is headquartered in California, is believed to be greatly influenced by Washington as compared to other countries given its inherited affiliation. The issue on internet governance spurred controversies out of Washington’s control over the ICANN community despite its framework of having a committee with delegates from 110 state governments.

With the controversies surrounding internet governance, its model eventually brought together administrators from internet and technical suppliers to stabilize and sustain growth vis a vis the emerging debates on the use of the internet. Internet governance is not a result of an institutional ladder. It sprung from a dispersed, bottom-up collaboration of a number of private sectors worldwide. These sectors include domain name registrars, network and server operators, IP address and standards organizations, registries, internet service providers, and internet users. National organizations and state governments all partake with the internet stakeholders with the goal of continuously enhancing technical guidelines.

OpenNet Initiative, an educational corporation evaluating internet strains and inspection practices revealed that almost 50% of internet users globally are controlled by varied forms of online censorship. These protocols include search removal result, technical blocking of websites, lawful take-downs, and stimulated self-suppression. Each national government has their own set of controls over the use the internet. Some have laws prohibiting online gambling, guarding intellectual property, and blocking and filtering of entry to specific online content. Political and social content censorship are being exercised in some dictatorial governments such as China, Iran, and Cuba.

Information policy connoisseurs are understating the value of ICANN amid the wide scale of policy concerns governing the use of the internet. ICANN progenized controversies because of its worldwide scale, its inherent capability to merge controls over the internet, its dominion which is believed to be geared towards the interest of non-state actors such as private business organizations, and the obvious control of the United States over its certain protocols. Amidst ICANN’s significance in geopolitics, a number of government stakeholders still believe that the current model of the organization eventually condenses the power of state controls and intergovernmental groups over communication and information policy.

Presently, there had been several forums being conducted in response to the ever-growing issues on internet governance. An international group of governments and nongovernmental entities called the Internet Governance Forum (IGF), for example, was conceptualized by the World Summit on the Information Society to conduct yearly discussion on the policies related to the use of the internet with the goal of combating Washington’s unilateral supervision over the major multi-stakeholder congregation of internet policy-making body. For years, IGF has also served as a platform where debatable community rules on matters concerning the content layer of the internet are liberally conversed.

The question of the usefulness of certain organizations like IGF is yet to be determined. Driven with one goal, with the current model of internet governance, will there ever come a time when the multistakeholder-driven culture be replaced with the member states merely determining internet policies?

About IP Grabber
IP addresses are used to identify a computers on a network. They act as house addresses and some service providers rarely assign new ones. With the help of this IP logger website, one can obtain someone's IP address from a simple link or an embeddable image and much more. Other tools available include a connection stress test and an SMS bomber. 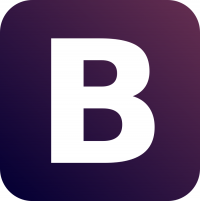 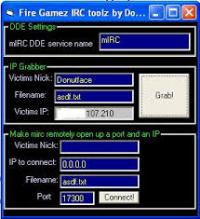 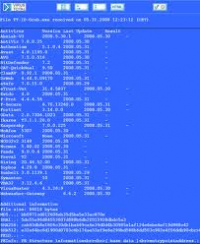