Pers today introduces Ice Math Ninja: ZERO 1.0 free for iOS, an updated freemium version of their paid educational app, Ice Math Ninja, which reached the #1 spot on the iPad Family Games charts in France and Brazil. An innovative action game that helps players practice math, kids are also entertained by wonderful animation, fun music, and tender characters. The game is hosted by the adorable Pookie and Tushka, the penguin and polar bear pair that won a Best New Children’s Book of the Year award.

Oakland Gardens, NY -- (SBWIRE) -- 12/03/2012 -- Pers today is pleased to introduce Ice Math Ninja: ZERO 1.0 free for iOS, an updated, freemium version of their paid educational app, Ice Math Ninja, which reached the #1 spot on the iPad Family Games charts in Austria, Brazil, France, and Spain. An innovative action game that helps children practice math, kids are also entertained by wonderful animation, fun music, and tender characters that kids will bond with. The very cool game is hosted by the adorable (and well behaved) Pookie and Tushka, the penguin and polar bear pair that won a Best New Children’s Book of the Year award for their print book “Pookie and Tushka find a little piano."

It is not often that a chart-topping, award-winning, paid app for kids becomes free, but that is what the ZERO stands for in Ice Math Ninja: ZERO. An advanced and updated version of Ice Math Ninja, the educational app is a must-have for every kid's app collection. The five different math skills games included in the app are hosted by the popular animated characters Pookie, the penguin, and Tushka, the polar bear.

An animated prologue sets the stage for the gameplay that follows. Pookie and Tushka have traveled to an unknown area of the magical Icelands, where Chuli, the wise wolf, is waiting. Chuli explains to them that a magical phenomenon is occurring: ice blocks, in the shape of numbers, are being released from a dormant volcano. To preserve the energies of the Icelands, the mystical numbers must be collected. Chuli then hands Tushka a pair of magical Swords of Fire and explains to him that, because of his great strength, Tushka has been chosen to wield the Swords and collect this magical, mathematical energy.

The five different games allow players to help Tushka with his task. Players swipe their fingers to control Tushka's magical Swords of Fire and slice through glimmering, frozen numbers, collecting and preserving the magical energy of the Icelands. Each of the five different games can be played in Easy, Medium, or Hard mode, and players can also choose Lightning mode, where they have only 90 seconds to score. In each game, random, single-digit numbers made of ice are tossed aloft from the bottom of the screen. Players are challenged to swipe through the right numbers, while avoiding the wrong numbers, including zero. Numbers tumble in the air and fall, with unsliced numbers causing the screen to gradually freeze over, signaling the end of the round. Each sliced number is cut into two or three numbers, which added together equal the original number. You can watch the complete YouTube video here.

Sub-ZERO Mines
- Fun Value: use your Swords of Fire to slice the magical frozen numbers, but avoid touching the exploding zeros
- Educational Value: helps in recognizing numbers, the concept ascending order, and understanding that larger numbers are the sum of smaller numbers

Cool 21
- Fun Value: ignite the mystical fire of your Swords to slice every number in sight, but do not go over 21 or you will end up frozen
- Educational Value: helps in improving subtraction and memory skills

Antarctic Add
- Fun Value: think fast and become a master of addition by slicing sums of numbers before they hit the ground
- Educational Value: helps in developing short-term memory and addition skills

Ice Factor
- Fun Value: Divide and conquer the power of the frozen numbers by using your Swords of Fire to slice them into factors
- Educational Value: helps in improving division & multiplication skills and memory

"Ice Math Ninja: ZERO, the amazing game of numbers! Fans of ninja slicing games: get ready for a game that’ll challenge not only your dexterity but also your brainpower!" stated Ivonne Roalcaba of Pers. "Best of all, you can get it FREE! Transform your kid into a MATH-NINJA!"

Pricing and Availability:
Ice Math Ninja: ZERO 1.0 is free (ad supported) and available worldwide exclusively through the App Store in the Education category. A Premium, ad-free version is available for $0.99 (USD). The paid version will be free for one day only, Dec. 2, its launch date. Also available are versions for Android, Nook, and Kindle. Review copies are available on request.

About Pers
Based in Lima, Peru, Pers was founded by Jorge Tello Aliaga in 2003. While living in the U.S., Jorge was a UI Designer at Apple and a Design Manager at Adobe Systems. Pers publishes books, develops software, and manufactures plush toys. The company is committed to using the latest developments in technology to create unique and inspiring entertainment of the highest quality. Its "Pookie and Tushka" and "Blobbies" toylines have won dozens of international awards, including Toy of the Year for the "Blobbiemorphers" and Best New Children's Book of the Year for its print book "Pookie and Tushka find a little piano." Copyright (C) 2003-2012 Pers. All Rights Reserved. Apple, the Apple logo, iPhone, and iPod are registered trademarks of Apple Inc. in the U.S. and/or other countries. Ice Math Ninja (TM), House of Ice (TM), Icelands (TM), Pookie (TM), Tuksha (TM) and their distinctive likenesses are trademarks of Pers Corporation. Other trademarks and registered trademarks may be the property of their respective owners. 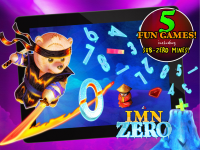 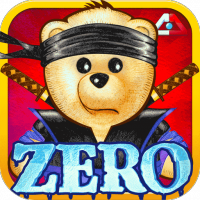