Matawan, NJ -- (SBWIRE) -- 08/05/2014 -- The forthcoming debut EP, Rearview, will focus on three types of people: the ones looking back on the past; the ones stuck in it; and the ones re-living it. It will also focus on people doing good and bad things to themselves and/or to other people when their feelings or emotions ‘get behind them’, and on people ‘leaving who they were/are behind’ when going through situations in life.

The ultimate goal of each one of these individuals is to drive forward and put the past ‘behind them’, in ‘their rearview’. Rearview will give individuals the opportunity to ‘look in the mirror’.

The project has great production, great lyrics and is very limited on artist features. The first music video, "Especially Not Today" featuring Mista Mozes from Rearview, debuted July 11, 2014, and was shot in Austin, Texas. Since its release the music video has be praised for its originality, professionalism and artistic creativity.

The minimum cost to just have the EP mixed; mastered and manufactured alone is $3000.00.

II-IX-O is hoping with your support to exceed that goal in order to provide the marketing needed to make the project successful and to have monies available for another professional music video directed by TMR Films. The ultimate goal is to raise between $6000.00 to $7000.00.

About II-IX-O
II-IX-O (pronounced two-nine-oh) is a songwriter, recording artist and rap artist from Austin, Texas. His name derives from Highway 290. 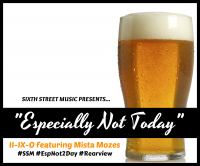 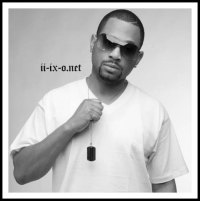