London, UK -- (SBWIRE) -- 09/12/2013 -- At launch, some users had criticized the functionality of Euro Taxi and some bugs were also reported. Most of the criticism & reviews were from Italian users. A new version of Euro Taxi is now available in Windows phone marketplace, which addresses functionality issues and customer feedback.

Among the 70 European cities where Euro Taxi is providing its services, four cities (Milan, Rome, Trieste & Venice) are of Italy and three of these cities are included in the list of top 25 European travel destinations of 2013 by Trip Advisor.

“Considering Italy as one of the top choices for travelers, we have launched the Italian version with some improved functionalities and bug fixes. Previously the app was available in English language only and it was crashing, if a Windows phone user from Italy would try to use it. The app was conflicting with local time & date settings and we take the responsibility of our negligence” said Hammad Tariq, founder & CEO of Euro Taxi.

Euro Taxi is available in all the major travel destinations of Europe and it needs to be available in languages other than English & Italian.

“We have not pulled the brakes. The next update of Euro Taxi will make it available in more languages” said Hammad.

Other than making it available in Italian, the app has also been improved by simplifying the selection of pick-up & drop locations. Based over the app user’s previous selections, favorites have also been added. As Euro Taxi is mostly used by business travelers on the move, the mandatory registration field has also been removed to speed up the booking process. Now the app simply remembers the last passenger name, email address & phone number and allows the user to book taxi.

With the future plans of developing iOS & Android versions of Euro Taxi, its Windows phone app can be considered as the first step to enter into the travel industry.

About IOLogics Ltd
IOLogics Ltd (http://www.iologics.co.uk), based in London, UK, is a cross platform mobile application development company. Founded in 2009, IOLogics Ltd has developed and published a number of mobile games and apps that are being used by thousands of smart phone users across the globe. 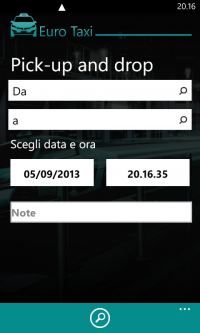 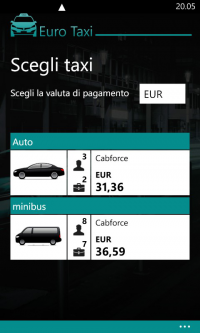 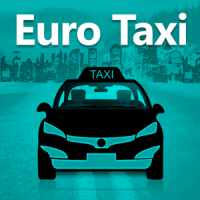