Written and directed by Becky Blasband, Never Mind the Bollocks revolves around the life of Glen (played by Gary Lewis) a Scotsman living in San Francisco. One day, he receives heart-breaking, life-changing news from Stuart (played by Scott Wolf). Glen then decides to go home to Glasgow. Glen puts on his vintage Never Mind the Bollocks, Here’s the Sex Pistols t-shirt and remembers his days as a young, punk rock fan and his first love. Along the way, he meets a precocious fourteen-year-old Somali school girl who imagines herself a pirate. This meeting brings them to a shocking, poignant final act.

Becky has shown her script to a number of Hollywood writers and directors. According to Sweet November writer and director Kurt Voelker Never Mind the Bollocks is “a remarkably arresting piece—honest, emotional, cunny and shocking—all at the same time.” Roger Hedden, screenwriter for Bodies, Rest & Motion, says: “Never Mind the Bollocks is a unique short film about heartbreak written by the giddily talented heartbreaker, Becky Blasband! It’s a humane and hilarious script that must be brought to the screen, so that I can see it fully realized and perhaps learn to love again.”

Becky aims to start filming this coming August and she has started a Kickstarter campaign to cover the production costs of filming the short film. Every cent will be reflected in the movie making process, from the costs of talents, equipment, cinematography, crew, production design, digital enhancements, editing, post production, and festival submissions. Becky adds, “With your help, we wish to produce a successful, entertaining film we hope you will enjoy, and that will have a true chance to be seen.”

To find out how you can back this project and help make it to the big screen, visit the Never Mind the Bollocks Kickstarter page. You can also follow the movie on Facebook or visit the official blog.

Becky Blasband is best known by the public in MTV’s “Real World One,” New York City, the groundbreaking series that sparked the reality tv genre. Following the series, she became a professional singer/songwriter and recording artist with Polygram Records. She later went on to work behind the scenes of television and film.

About Becky Blasband
A graduate of the New York University Film School and studying under David Mamet, William H. Macy and the Atlantic Theater Company, Becky has been delving into screenwriting, film development and production for years. She has worked on a variety of projects. She had recent screenwriting collaboration with Academy Award nominated filmmaker, Antonin Svoboda on his film, The Strange Case of Wilhelm Reich, starring Klaus Maria Brandauer. 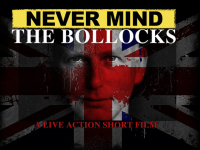 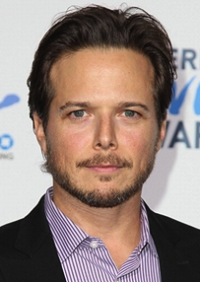 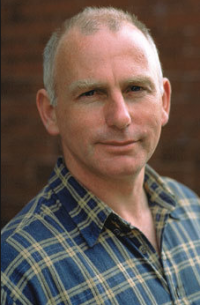