Sellbyville, DE -- (SBWIRE) -- 01/25/2019 -- Interceptor Missiles Market is projected to cross 3,000 units with USD 14 billion by 2024. Surface to air missiles are expected to capture maximum interceptor missiles market revenue share of more than 80% by 2024. Some of the benefits offered includes light-weight and portability which in turn will drive the industry demand. Water to air missiles will exhibit approximately 7% CAGR owing to rising adoption of these missiles in various countries across the globe for naval border protection.

India, toward the end of last year, made it to the headlines with its successful accomplishment of test-firing an AAD (Advanced Air Defence) interceptor missile, from test range in Odisha. If reports are to be relied, this endo atmospheric interceptor is capable of destroying enemy ballistic missile at low altitude. By effectively hitting a test missile at an altitude of 15 km, this absolutely groundbreaking technology, as claimed by experts, has undoubtedly made India to stand tall in global interceptor missiles market share. Apparently, this was the third successful supersonic interceptor test being conducted this year, in which an incoming ballistic missile was intercepted within 30kms of earth atmosphere altitude.

Get Sample Copy of This Report @ https://www.gminsights.com/request-sample/detail/2401

Citing another breakthrough instance in interceptor missiles market -Israel has finally carried out a successful test of Arrow 3 long range missile interceptor. Reportedly, after two consecutive aborted attempts, the project became fruitful by the combined effort of US Missile Defense Agency and Israel Defence forces. While the country's defence sector is already complemented with a range of missile defence systems to protect Israel from long, medium, and short ranged attacks, the Arrow 3 system is claimed to be the first of its kind in Israel's multi-layered missile defense network. Isreal's success test of Arrow 3 missile system, thereupon is undoubtedly a milestone for the regional growth of interceptor missiles market.

In a bid to address the threat from North Korea, U.S. Missile Defense Agency has requested a budget of USD 9.9 billion to upgrade the homeland missile fence system, which in extension is impelling regional interceptor missiles industry size. Reportedly, the budget for the fiscal 2019 which is up by 2% than last year, would include incorporation of 20 additional ground-based interceptors (GBIs) at Alaska. As per authentic sources, the plan is to bring total count of GBIs to 64 by 2023. Needless to mention, these kinds of increment in defense budget as well as inclination toward upgrading the existing defence systems are sure to make profitable returns in U.S. interceptor missiles industry.

Interceptor missiles of up to 125 kms range are anticipated to dominate the interceptor missiles market, generating a demand of over 2,000 units till 2024. Continuously increasing penetration of missiles conforming to this range such as PAC-3, Iron Dome, and SM-3, from MEA including UAE, Israel, and Saudi Arabia will primarily support the industry dominance. Interceptor missiles of range above 200 kms will exhibit over 18% CAGR in terms of revenue owing to rising deployment of advanced missiles such as HQ-19. Regular innovations in these missiles in countries such as China will further strengthen the industry penetration over the forecast timeframe.

Make an Inquiry for purchasing this Report @ https://www.gminsights.com/inquiry-before-buying/2401

Lockheed Martin Corp., Boeing Co., Raytheon Co., Aerojet Rocketdyne, and Rafael Advanced Defense Systems are among the major industry players. Regular product innovations is among prominent strategies implemented by these participants. For instance, in January 2018, Lockheed Martin made enhancements in Aegis missile that is anticipated to result in rapid detection of threats and reduction in reaction time. 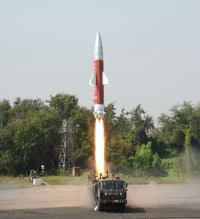